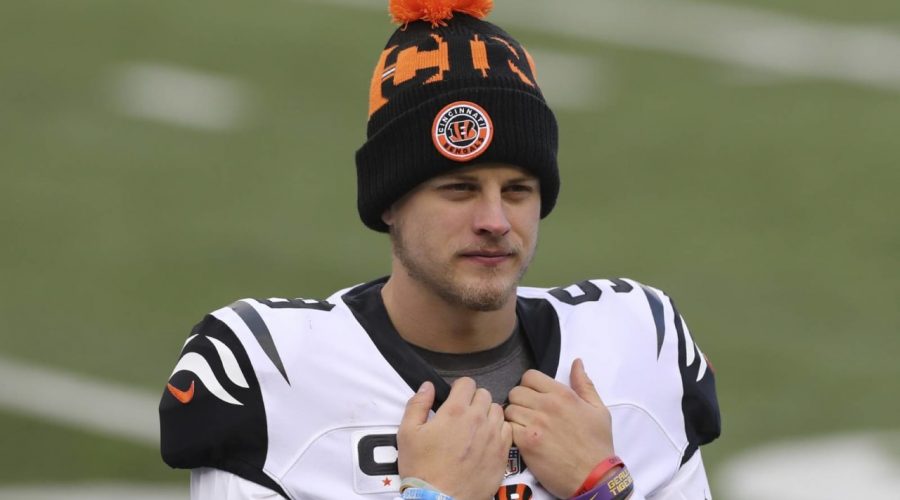 The Cincinnati Bengals’ offensive stars are on the mend as we head towards the NFL’s new league year.

Along with Joe Mixon getting healthy, Bengals coach Zac Taylor said quarterback ﻿Joe Burrow﻿ is on track in rehab and sounded optimistic the signal-caller would be ready to go for the start of the season.

“I know that he’s on pace to do all the things that we were hoping he’d do,” Taylor said Wednesday of Burrow’s rehab, via Tyler Dragon the Cincinnati Enquirer.

It’s been 14 weeks since Burrow underwent surgery on his torn left ACL, which took place Dec 2. While no clips of the QB running have surfaced, all indications are that the QB is on pace in rehab.

The Bengals and Burrow have been optimistic that the QB would be ready for the start of the regular season, but the injury’s timing could cause the club to be cautious with their young stud at the outset.

Aside from getting Burrow back healthy, the Bengals’ top priority is revamping the offensive line that was a sieve in 2020. Cincinnati has money to spend in free agency to bolster the group and the No. 5 overall pick.

“If we’re going to go where we need to go as an offense, then we need five pieces in place that can play together, develop that chemistry with one another,” Taylor said of the offensive line. “That’s an area we have to solidify this offseason.”

After spending draft capital on the line in the past, if that’s the route the Bengals take this time, they can’t whiff. Burrow’s future counts on the club building him protection that can finally last.