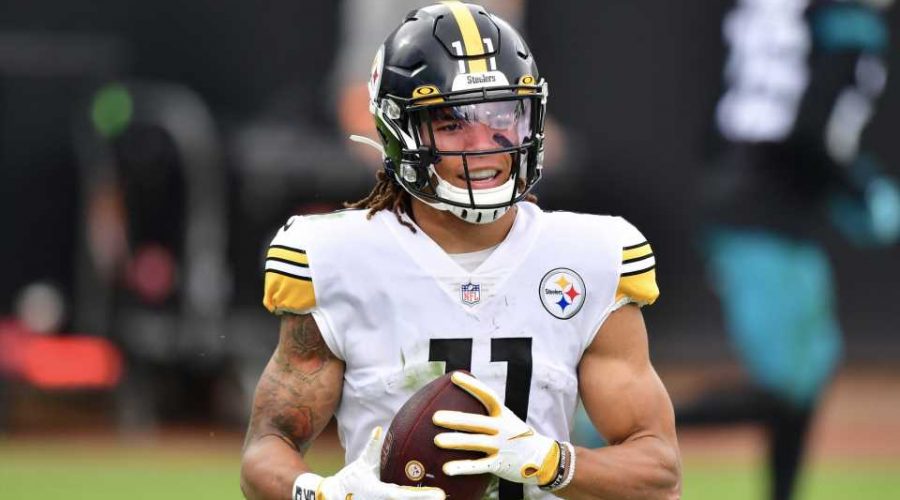 That it has been a brutal week for Steelers wide receiver Chase Claypool would seem obvious, given that it began with the team’s 48-37 elimination from the NFL playoffs by the rival Cleveland Browns.

Somehow, though, things only have gotten worse since.

Thursday, he was compelled to declare that he had spoken to “friends” who play for the Browns to mitigate inflammatory statements he had made in multiple venues regarding their comportment in last Sunday night’s game at Heinz Field and his lack of belief in their ability to challenge the Super Bowl champion Chiefs this weekend.

NFL PLAYOFF PICKS: Straight up | Against the spread

After that crushing defeat against the Browns — which occurred after the Steelers won the AFC North division and entered the game favored by a touchdown — Claypool said on TikTok, “A bad loss, but Browns are going to get clapped next week, so it’s all good.”

As the lowest remaining seed in the playoffs, the Browns must travel to KC for a 3:15 p.m. Sunday game at Arrowhead Stadium. The Chiefs earned the AFC’s No. 1 seed with a 14-2 regular season. Claypool suspects they’ll be overmatched. It is a common opinion, but not everyone who holds it is expressing it publicly, and few of those who are must play against the Browns twice per season.

Claypool did not stop there. In an interview with DAZN Canada for its “Rookie Diaries” program, Claypool went even further with host Adnan Virk.

“Someone just asked me a score prediction, and that was kind of a way of me saying I think the Chiefs are going to beat the Browns,” Claypool told DAZN. “I think if the Browns had won with more class, then I wouldn’t have been so salty about it. But them mocking JuJu (Smith-Schuster) during the game and after the game just didn’t sit right with me.”

Virk asked, “What specifically were they doing?” Claypool’s responded, “They were just super classless against JuJu, toward JuJu, what they were saying on the field at the end of the game. I’m not going to have respect for a team that doesn’t have respect for us.”

Being angered at seeing a teammate mistreated by the opposition isn’t problematic. It’s desirable. But when a team loses as decisively as the Steelers, such admonishments would be better delivered privately.

Virk pointed out that Browns players had responded to his comments, including defensive end Adrian Clayborn telling him, “Just go on vacation already, young fella.” Claypool did not take that advice, at least not immediately.

“I don’t mind it,” Claypool said. “They can enjoy the win and another week of football. But they’ll be on the couch next week, right next to me, so it’s all good.”

When clips of that interview began making the Twitter rounds Thursday, Claypool chose to, somewhat, disown them. Which might be even more disconcerting than any of his criticism of the Browns.

“This is an OLD interview happening right after the fact,” Claypool said in a tweet, a curious attempt at an excuse given that the game concluded three days earlier. So it’s not that old.

“Talked to some friends on the Browns and it’s all love! Hoping them nothing but the best for the rest of the playoffs! Go rep the division.”

As you can see, that vacation idea is not a bad one.