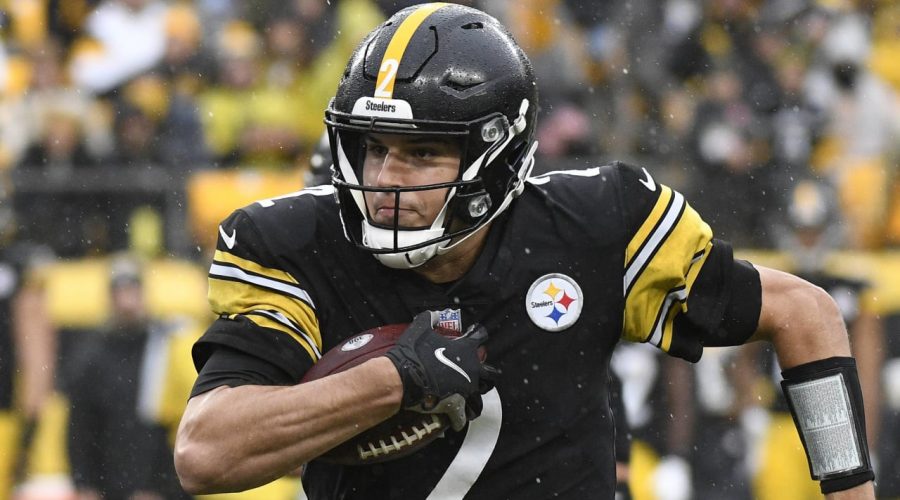 After finding out he was the starting quarterback the night before Sunday’s game against the Detroit Lions, Pittsburgh Steelers signal-caller ﻿Mason Rudolph﻿ has been preparing to be the starter in Week 11 against the Los Angeles Chargers, even if ﻿Ben Roethlisberger﻿ might return.

“It’s just the nature of being a backup quarterback right now,” Rudolph said Thursday, via Brooke Pryor of ESPN. “There’s ebb and flow. (Quarterbacks coach Mike Sullivan) calls it ‘midstream adjust.’ You’ve gotta adjust and always be ready. I think having those experiences with Cincy last year and over my career has helped me kind of be ready to flip on a dime.

“Finding out last Saturday night right before I went to the hotel, you kind of go through those storms and you’re hardened from it.”

After testing positive for COVID-19 late last week, there is a chance Big Ben can return after missing just one game. Big Ben is preparing virtually with the club, but there are still hurdles the veteran faces to be cleared for Sunday night.

In the meantime, Rudolph is prepping to start. After last week’s struggles against a bad Detroit team, in which the quarterback missed a bevy of throws that could have given the Steelers a win — including a brutal pass in the dirt to ﻿Ray-Ray McCloud﻿ that should have been a touchdown — the backup is hoping to get a chance to prove himself.

“I think every opportunity is an opportunity to prove myself to my teammates, to our coaches, that I can be a starter,” Rudolph said. “I’m not gonna put any pressure on it any more than I did Sunday or at practice today. I’m my own hardest critic at times, and to a fault, but I’m excited about it. If that happens, if I’m the guy, we’re gonna go.”

Regardless of who gets the start, Rudolph said the team is prepping for every eventuality.

“(Offensive coordinator Matt) Canada does a great job of asking me,” Rudolph said. “Each week, we put out our favorite plays in the game plan. That hasn’t changed all year. So, they have a feel for what we prefer. There are maybe some concepts ﻿Joshua Dobbs﻿ prefers over Ben, some concepts Ben prefers over me. They do a great job of tailoring that, like for me this week. I feel comfortable with the plan.”

We’ll see if the Steelers fall back on Rudolph again and said plan in Inglewood on Sunday Night Football.