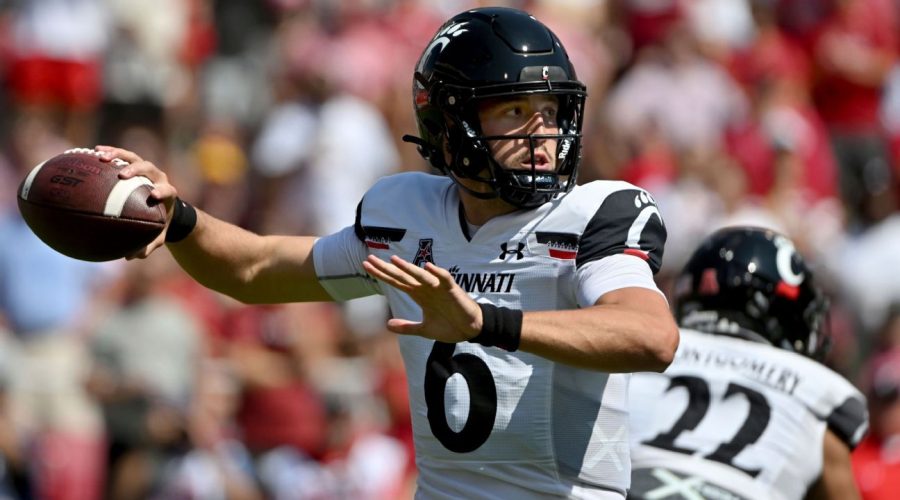 Cincinnati starting quarterback Ben Bryant will not play again this season due to a foot injury, a source told ESPN on Saturday.

With Bryant out, redshirt sophomore Evan Prater will make his first career start for the No. 24 Bearcats in Saturday’s game against No. 19 Tulane (noon ET, ABC). Prater, a former ESPN 300 prospect, is regarded as one of the most decorated recruits in program history.

Prater enters a high-stakes situation. The Bearcats and Green Wave are both 6-1 in American Athletic Conference play, and a Cincinnati win would mean the Bearcats host the conference championship game at Nippert Stadium next week. It would mark their third consecutive hosting of the title game. A Bearcats loss combined with a UCF win over South Florida would knock the Bearcats out of the title game.

Bryant left last week’s game against Temple in the first half and was spotted on the sideline with a boot on his right foot late in the game. He had started every game for Cincinnati this season after transferring back to the school from Eastern Michigan, throwing for 2,732 yards, 21 touchdowns and seven interceptions.

The insertion of Prater will mean a much different dynamic on offense for Cincinnati. Prater, a former Ohio Mr. Football, is 6-foot-4 and 200 pounds and brings a true dual-threat dynamism.

Prater has made a significant impact on the Bearcats this season. He led a come-from-behind win over South Florida in October and played a majority of the game against Temple after Bryant’s injury, finishing 12-for-17 for 127 yards.

In 2022, Prater has completed 72% of his pass attempts and run for 113 yards and a touchdown. In his career, he has three rushing touchdowns and two passing touchdowns while totaling 222 rushing yards and 276 passing yards in 15 games over three seasons.