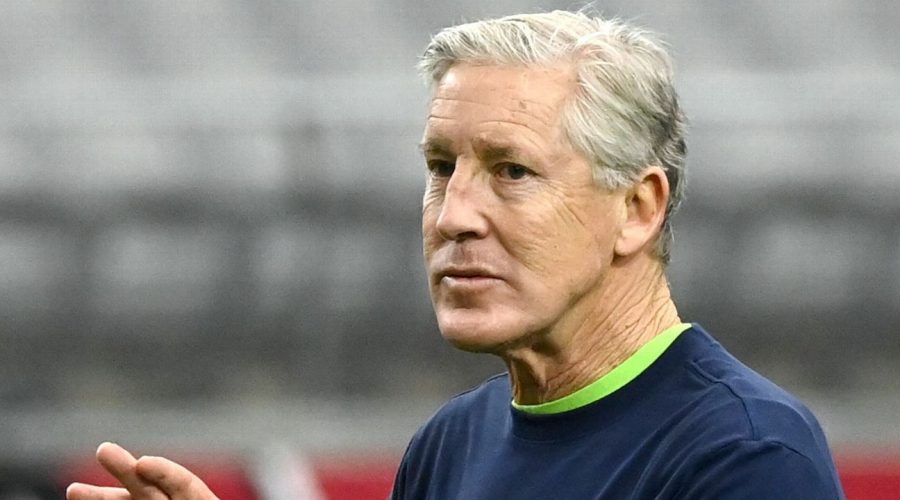 GLENDALE, Ariz. — Amid speculation about his future with the Seattle Seahawks, coach Pete Carroll expressed his expectation on Sunday that he’ll be back with the team in 2022.

After the Seahawks closed out their disappointing season with a 38-30 win over the Arizona Cardinals to finish with a 7-10 record, Carroll was asked if there’s any question in his mind about whether he’ll be part of the team’s future.

Carroll, 70, is under contract through the 2025 season after signing a five-year extension in 2020. But the Seahawks’ worst season in more than a decade has fueled public speculation as well, according to sources, uncertainty among members of the organization over whether or not he’ll be back. The Seahawks’ 10 losses are their most since 2009, the year before Carroll and general manager John Schneider were hired.

Carroll, who has final say on the team’s personnel decisions, reports to ownership, as does Schneider. Jody Allen is the team’s de facto owner, assuming that role when her brother Paul Allen died in 2018.

Carroll was asked what his conversations will be like with Allen in the coming days.

“Like we’ve always had,” Carroll said. “Really pointed at figuring things out. She’s very analytical and she wants to make sure that we’re doing everything that we can possibly do to get everything right. She’s a terrifically completive person in that regard and she doesn’t want any stone unturned. Exactly the way I look at it. I just feel so connected to that thought that that’s what we do, but to have your owner talk that same way, that’s a competitive perspective.

“It goes back to the old line we used to have: We’re in a relentless pursuit of finding a competitive edge in everything we’re doing. That’s what is. That’s what she represents. So we’ll try to do a great job of exchanging the information and setting the course for making sure that we give ourselves the best chance to be champions.”

Carroll shut down the line of questioning on Allen when asked how she views how the team’s season has gone.

“I don’t know,” he said. “That’s it. I’m not talking any more about it. She can speak for herself. She’s been with us the whole time. She’s been awesome. I’m not going to give you any inside scoop, OK? So don’t ask.”

Allen has not given any media interviews while remaining largely out of public view since she assumed her role.

Carroll’s 128 regular-season and playoff wins are by far the most of any coach in Seahawks history. That includes the franchise’s lone Super Bowl title. He ranks 19th in NFL history with 162 combined wins, which include his previous head coaching stints with the New York Jets and New England Patriots.

Details of his contract beyond its length aren’t known, but it’s believed that he’s among the NFL’s highest-paid coaches with an annual salary of well over $10 million. Contracts for head coaches are typically guaranteed, meaning the Seahawks could be on the hook for the nearly $50 million that is believed to be left on Carroll’s deal if he were fired, depending on whether his deal has offsets and he was hired elsewhere.

The Seahawks’ season was marred by a finger injury to Russell Wilson that sidelined the star quarterback for three-plus games and seemed to affect his accuracy upon his return. They also went 3-5 in games decided by eight points or fewer after going a combined 18-5 in such games over the past two seasons.

“We’ve been so close throughout the whole season,” Carroll said. “The biggest difference that everyone had to suffer through was the close games that we didn’t win because we’ve been winning those games for years … That’s the whole season, that’s it. You can look at all the millions of things, criticize this and that. That’s where it really went to, and there’s reasons why.

“It’s clear, we just didn’t finish the game when we needed to, and it’s always been such a huge point of emphasis to show that we understand how to get that done. It was really frustrating this year with one game, then another game, and another one.”

The Seahawks won four of their final six games, beating the lowly Houston Texans and Detroit Lions as well as the playoff-bound San Francisco 49ers and Cardinals in that stretch. Carroll joked that there wasn’t going to be a parade for the Seahawks’ win over Arizona, a reference to how he had said the team was treating these final two weeks like the NFC Championship Game and the Super Bowl.

“It’s really important,” he said of their strong finish. “It’s an important step. We needed to respond and feel right about it. Our guys know how we can play. It just took too long, unfortunately.”