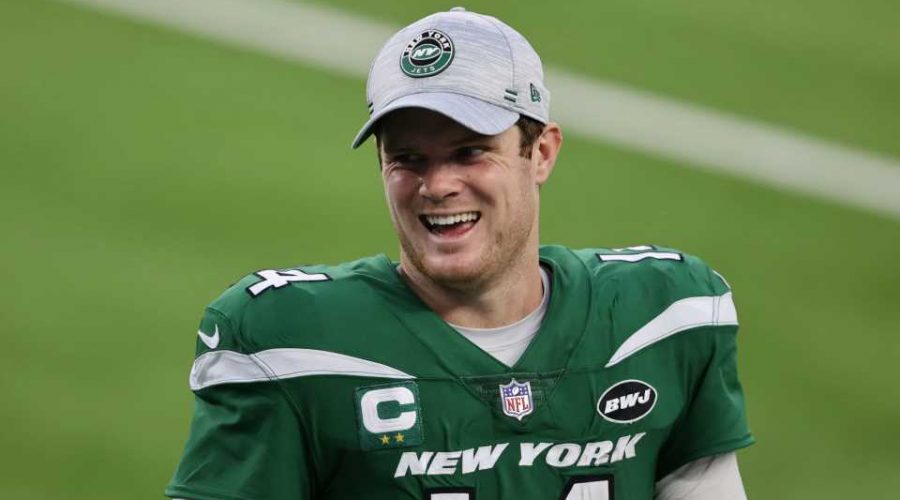 As if the party wasn’t enough evidence.

Sam Darnold was sent from the Jets to the Panthers last week in a long-rumored and awaited trade that found the 2018 No. 3 overall pick swapping Gotham green for Panther blue.

On Monday, Darnold opened up on the trade for the first time since the deal went official, sharing that he feels “relief and excitement” to be a member of the Panthers after a hellish stay with the Jets.

“There’s a little bit of both, relief and excitement,” Darnold said. “There’s been so much uncertainty this offseason, not knowing what your future was going to look like, that was hard. But now that I’m in Charlotte, I’m excited, and yeah, I guess I am kind of relieved to be here.”

Darnold endured a tumultuous tenure with the Jets from the moment he was drafted, with questionable skill position groups, coaching and organizational management at the forefront of his stay.

He won’t have any of that to deal with in Carolina, with Matt Rhule, Joe Brady and a good, stable offensive structure to potentially boost him up in his first year with the team.

With Darnold out, the Jets are likely to select BYU’s Zach Wilson with the No. 2 overall pick in the 2021 NFL Draft.

The Jets seem to be stabilizing during the Joe Douglas tenure — yes, even after a 2-14 season — with Adam Gase out and Robert Saleh in at head coach this year. A strong free-agency period and a bevvy of draft picks over the next two years give them a real shot to rebuild, and fast.

Darnold, though, won’t be a part of that stabilization.

April 13, 2021 NFL Comments Off on Sam Darnold sounds off on trade to Panthers: ‘Relief and excitement’ getting away from Jets
NFL News