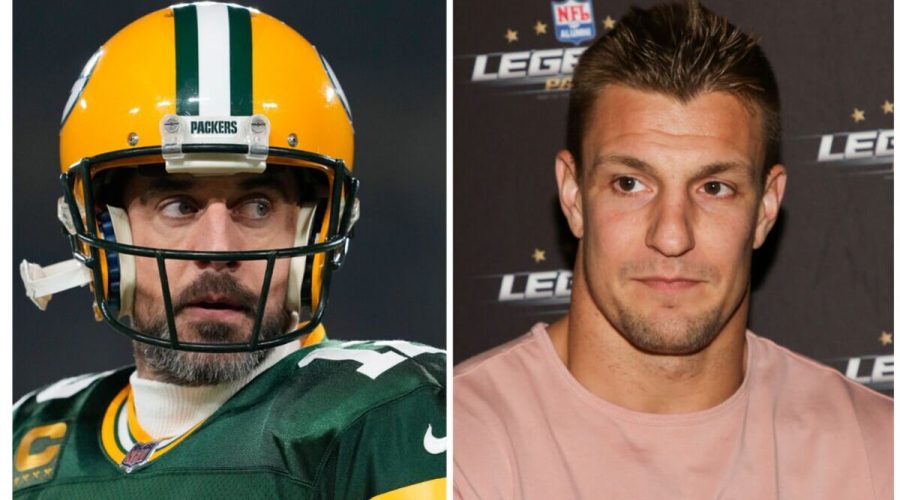 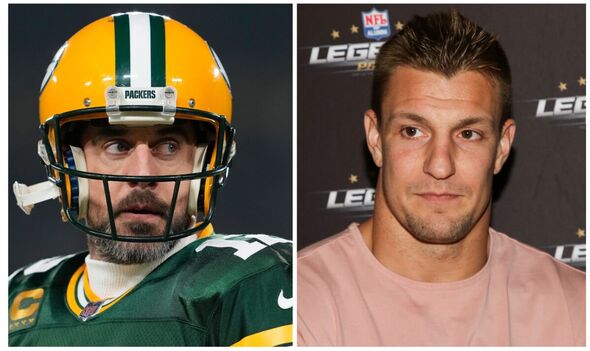 Rob Gronkowski has hit out at NFL star Aaron Rodgers after the quarterback insisted he feels he has enough left to win another Most Valuable Player award. Rodgers has been tipped to either retire from the NFL or request a trade away from the Packers.

Last year, Rodgers signed a three-year contract worth a whopping $150million, but that contract didn’t include a no-trade clause. The Packers offloaded Davante Adams after giving Rodgers his new deal, and have a young and fairly inexperienced roster.

After the Packers were beaten on the final day of the NFL season and eliminated from Play-Off contention, Rodgers hinted he might decide to walk away from the sport. He also suggested he might opt to go elsewhere and let the team move forward with a younger core.

Now, however, the megastar quarterback has stated he feels he has enough left to win another MVP award. Those comments haven’t gone down well with Gronkowski, however, as he explained he believes Super Bowl rings should be more important than individual awards.

“I’m totally fine with everything he said except one major part and that’s the MVP,” he said. “‘I think I could win another Super Bowl,’ and then that would have been totally fine.

“Like, bro, why are you thinking MVP? Don’t you want Super Bowls? Super Bowls are, I think, like five times greater than an MVP Award.”

“Like, we all know that you’ve won the MVP a few times now, but everyone would know even more how many Super Bowls you’ve won than MVPs.

“That’s why I’m just a little confused about that quote he just had. It should be Super Bowls. You should never be thinking about MVP when Super Bowls are twice better.”