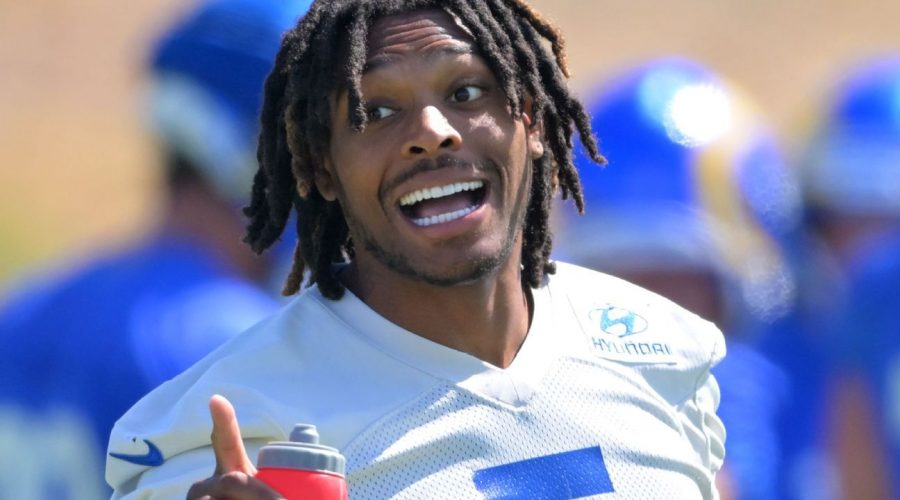 Ramsey, who said he has been fined every week this season for a uniform violation, said he thinks the league should be less concerned about the color of his socks and instead focus on talking more about player safety.

Ramsey said he gets fined every week, despite checking with the person responsible for uniform guidelines on the sideline before each game. He said his Week 1 fine for wearing knee pads that didn’t cover his knees was reduced after he sent in an appeal, with photo evidence. He said he was fined in Weeks 2 and 3 because he didn’t have the right socks on.

“I’m going to continue to get fined because I’m going to be swaggy out there,” Ramsey said. “I’m going to wear the same thing this week too, so I’m ready for the fine. Come on with it, right?

“But I play the game with integrity, right? I play the game the right way. I try to make sure people are safe. Like obviously I want to go out there and hurt my opponents and strike fear and all that. But I don’t want to injure nobody. But that’s what the game is about. It’s not about the other BS. I just wish maybe I could start the conversation right now.

“… If we want to go out there and look good and it ain’t hurting the integrity of the game, why are y’all fining me $10,000 for my socks? That don’t make no sense.”

Ramsey said he’s going to match the money he’s fined this season and donate it to a charity.

He also said he has a problem with the NFL choosing to fine players for uniform violations but then making money off the players and what they’re wearing.

“We’re not taking away from the integrity of the game,” Ramsey said. Who cares about that, right? These kids think that’s cool. They want to fine us and do all of that, but then they want to glorify us and promote us and make money off of us when guys are out there swagging out. And then they monetize it, right? The kids, they going to want to go buy the stuff that we wearing, right?

“… I don’t know why they put such a high emphasis on that and then on the back end try to monetize off of it, right? It’s just lame to me.”

October 1, 2022 NFL Comments Off on Ramsey rant: Worry about safety, not my socks
NFL News