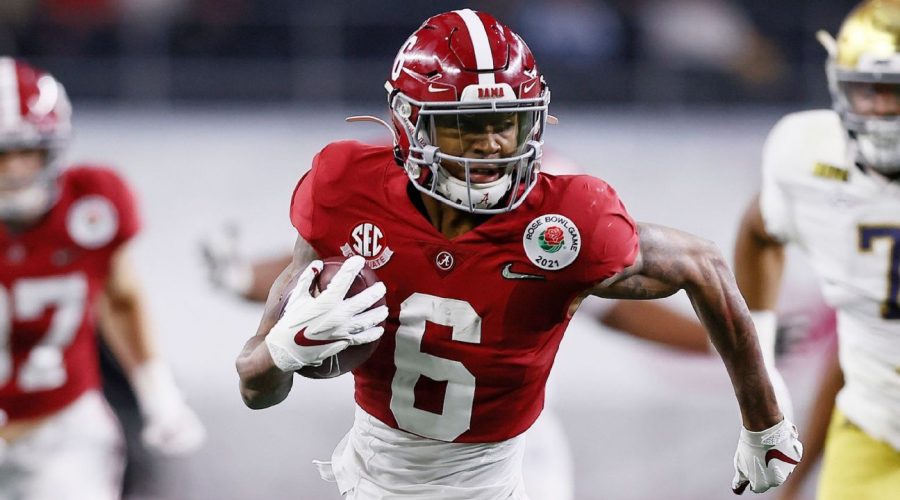 Following a college football season that was anything but normal, it is certainly daunting to try to sort through the top wide receiver prospects for the 2021 NFL draft. Some played only six games. Some skipped the season entirely. And not a single wide receiver ran the 40-yard dash at the NFL combine.

Although not immune from the problems created by the uneven pre- and post-draft season, Playmaker Score, Football Outsiders’ system for projecting college wide receivers to the NFL, has certain advantages. For one, history has shown that good 40-yard dash times don’t tell us any more about a prospect than data we can get otherwise. Moreover, Playmaker Score uses a player’s “peak” season, so a receiver is not penalized if he had an off year in a very strange 2020.

Below, we take a look at some of Playmaker’s top prospects in this year’s draft, along with some similar prospects from previous drafts. Our similar historical prospects are based on former players with similar Playmaker statistics, so you might see us compare two physically dissimilar players because they were similar statistically.
#armadillo”>Read more on our methodology here.

Note: Players are listed in order of their projected average receiving yardage.