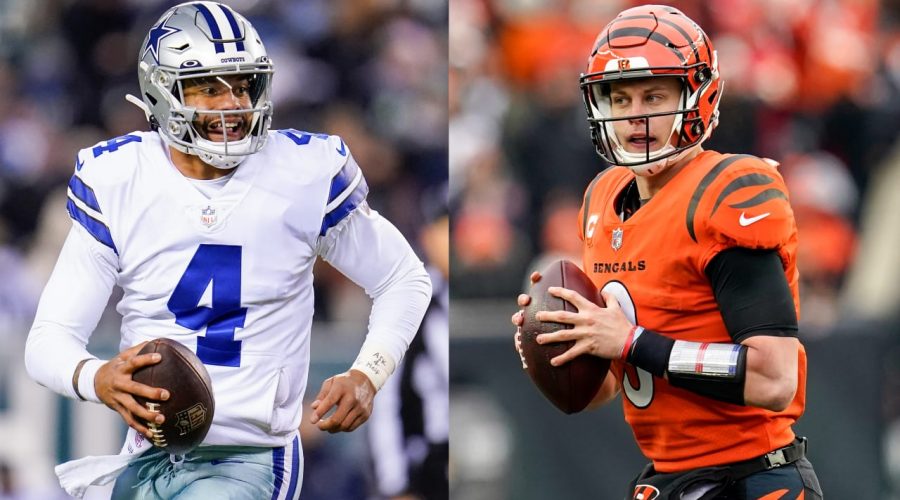 NFL franchises use contextualized data to create competitive advantages. In order to realize an edge, teams need to employ the right data in the right way at the right time. This means distilling, interpreting and applying only the most influential data in a framework that accounts for personnel, opponents and evolving game situations. My goal is to be your analytics department. Each week this season, I want to work for you by giving you a peek into which numbers flag in my models as the most impactful … or the most misunderstood.

As always, let me know if your eye test is picking up on something interesting, or if there’s a stat/trend you’d like me to take a deeper look at. You can hit me on Twitter @cfrelund. As with any great analytics department, the more collaborative this is, the more value we can create.

As I tweeted Sunday night, I’m not sure how the playoffs are going to top the regular-season finale, but I’m ready to watch them try!

Happy Super Wild Card Weekend! We made it through our first-ever season of 272 regular-season games, and it actually came down to the final snap to set the playoff field! What could’ve been better than that? OK, maybe a tie … though that’s more of me wanting an extreme math rarity. But I digress.

In our second season of the expanded playoff format, the two biggest takeaways I have are:

So, what else do my models project? Below you’ll find a quick look at all 14 teams’ playoff paths and percentage chances of reaching — and winning — Super Bowl LVI.

NOTE: The odds cited below are provided by Caesars and current as of 3:45 p.m. ET on Wednesday, Jan. 12.

With David Bakhtiari back at left tackle, pressuring Aaron Rodgers has become even more difficult. This spells major trouble for opponents, as Rodgers boasts a league-leading 122.6 passer rating when not under pressure, with 34 touchdown passes against just two interceptions, per Next Gen Stats. Meanwhile, the Packers’ defense gets a boost of its own, with the likely return of cornerback Jaire Alexander.

The quick-passing game is a typical tool offenses use to strategically overcome pressure. Just maybe not against Kansas City. Since the Chiefs acquired Melvin Ingram ahead of Week 9, their defense has allowed the NFL’s second-lowest passer rating (81.8) and yards per attempt (5.0), and third-worst completion percentage (66.4%) against quick passes (less than 2.5 seconds to throw), per NGS.

The Chiefs own a major advantage over the Steelers in this area, which doesn’t bode well for Pittsburgh on Sunday night. Despite Ben Roethlisberger ranking second in completions (257) and yards (2,110), and tying for fifth in touchdowns (14), he has been incredibly inefficient on quick throws over the course of the season. The veteran ranks 29th in completion percentage (69.6), 25th in yards per attempt (5.7) and passer rating (93.2), and 27th in completion percentage over expected (-4.2%).

Tom Brady led the NFL with 23 touchdowns on quick passes this season. Against the Eagles on Sunday, the Bucs should have a big advantage in this area, as Philadelphia has allowed a 110.4 passer rating on quick throws this season (31st in the NFL). In their Week 6 matchup, which the Bucs won 28-22, Brady was 24 of 25 for 179 yards on quick passes, setting the highest single-game completion percentage on such throws (96%) in the NGS era (since 2016).

Buffalo’s playoff opener, their third game against the Patriots this season, decreases the Bills’ odds of reaching Super Bowl LVI by about 2.5 percent compared with if they had been paired with one of the other wild-card opponents. That percentage may seem small, but remember they would still have to win two more games to qualify for a trip to L.A.

One of the keys to the Bills advancing is continuing to limit Mac Jones’ production off play-action, as the NGS data shows they throttled the rookie in that area in their two previous meetings this season:

Derrick Henry’s expected return after the Titans’ first-round bye, should have a significant impact on Ryan Tannehill’s overall performance. I’ll let the QB’s production since 2019 speak for itself (per NGS):

Dak Prescott leads the NFL with a 72.9 completion percentage against four or fewer rushers this season. This is especially notable considering he’s faced pressure on 29 percent of such dropbacks, which is the 10th most in the NFL. When facing four or fewer rushers, Prescott also averages 7.7 yards per attempt (fifth-highest) with a 100.9 passer rating (third) and a +4.5 completion percentage over expected (second).

Joe Burrow’s 14.3 yards per attempt on passes of 10-plus air yards is an NGS era single-season record. His running mate, Ja’Marr Chase, also set an NGS record this season, totaling 542 receiving yards on go routes. In the first matchup of Super Wild Card Weekend, the Bengals face a Raiders defense that has allowed a 94.7 passer rating on intermediate and deep routes, ranking 20th in the NFL. Burrow and Co. didn’t have to light it up through the air when these two teams met in Week 11, but knowing they can if needed, goes a long way.

Matthew Stafford has been pressured on 18.2 percent of blitzes this season, the second-lowest rate in the NFL behind only Tom Brady (17.7%). Stafford also has the highest passer rating against the blitz (139.6) among qualified QBs in the NGS era. The Rams passer has been under pressure more when he wasn’t blitzed this season (23.1%) than when blitzed, and 16 of his 17 interceptions have occurred when opposing defenses have not blitzed. Have to think Stafford is hoping J.J. Watt still needs a little more time to recover from his early-season surgery.

In order to play spoiler to the Bills and win the rubber match for the season, the Pats will have to rely on their strong defense, specifically as it pertains to the pass. Although Josh Allen threw for three touchdowns on passes 10-plus air yards against the Patriots in their previous first two matchups, his downfield accuracy could be an area for New England to exploit. When throwing intermediate-to-deep against the Pats this season, Allen completed 41.7 percent of his passes, for 6.8 yards part attempt and a -3.8 completion percentage over expected. Against all other opponents, Allen completed 52.3 percent of his passes, for 10.7 yards per attempt and a +3.6 CPOE. Only his own defense has been better than the Patriots at defending downfield passes:

The Niners’ pass rush has been dominant when sending four or fewer rushers this season, generating the league’s third-best QB pressure rate (29.4%) and sack rate (7.4%). For good measure, and your notes, they’ve been successful when blitzing, too, producing the 10th-best pressure rate in the league (33.8%), per NGS. Despite being able to generate so much pressure with just a four-man rush, the 49ers have still had issues in coverage. San Francisco’s defense has allowed a 10.4 tight-window completion percentage (28th) and a +2.6 completion percentage over expected (28th), according to NGS. This has resulted in a high-risk high-reward pass rush situation.If the Niners get pressure with only four, things usually turn out well (56.4 completion percentage, 6.6 yards per attempt, three touchdowns, three interceptions and a 74.3 passer rating allowed). However, when they don’t, it’s trouble (73.5 completion percentage, 67 yards per attempt, 11 touchdowns to six interceptions and a 95.1 passer rating).

The 2021 Raiders blitzed at the lowest rate (14.4%) of any team in the NGS era and still produced the league’s highest overall pressure rate (33.6%). And when they did bring the heat, they generated NGS’ highest-ever pressure rate (52.2%). Led by Maxx Crosby and Yannick Ngakoue, the Raiders’ front will have its hands full on Saturday against Joe Burrow, who had the NFL’s third-highest passer rating under pressure this season (94.6).

It’s logical and also true that as the Eagles started to run the ball more often, they faced less favorable rushing conditions. From Weeks 1-7, they ran the ball on just 38.5 percent of plays, faced light boxes on 57.3 percent of plays, produced 2.8 yards before contact per rush and 4.95 expected yards per rush. The last three stats all ranked in the top three in the league over that time period. From Weeks 8-18, Philadelphia ran on 58.6 percent of plays (most in the NFL), faced a light box on 43.3 percent of rushes, produced just 2 yards before contact per attempt and 4.45 expected yards per rush. The Eagles account for two of the top-three individual rushing averages on outside-the-tackles attempts, with Jalen Hurts at No. 2 with 6.9 and Miles Sanders third with 6.8. As a team, their 5.9 yards per rush ranked second in this category behind Indianapolis (6.3). In their Week 6 loss to the Bucs, Hurts was limited to 10 rushes for only 44 yards outside the tackles.

The Steelers have the second-highest sack rate (7.5%) and fourth-best completion percentage over expected (-3.3%) in the NFL when sending four or fewer rushers this season, per NGS. T.J. Watt’s historic season has been the catalyst for Pittsburgh’s pass rush, with his 6.1 sack percentage the highest in the NGS era (min. 120 pass-rush snaps). Will Watt’s individual brilliance be enough to carry this team past Round 1?