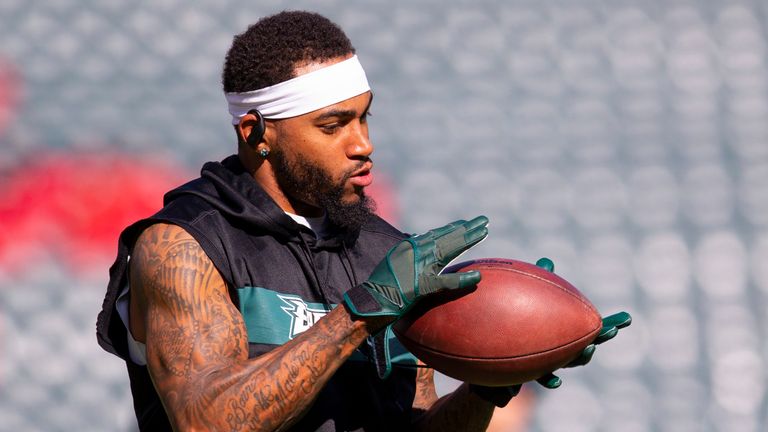 Jackson is expected to miss at least six weeks following the operation, which will be performed by Dr. William Meyers in Philadelphia, according to ESPN.

The Philadelphia Inquirer reported that Jackson hopes to return to action this season, possibly if the team reaches the playoffs.

I put all my passion into this shit I don’t care if anyone ever doubt that !! Know I’ll come bac stronger than ever !! If you mad that’s understandable I’m more Angry than anybody but it’s GODS plan not mine !! Trust the process !! ????

Jackson posted on his Instagram account, “I put all my passion into this … I don’t care if anyone ever doubt that !! Know I’ll come back stronger than ever !! If you mad that’s understandable I’m more Angry than anybody but it’s GODS plan not mine !! Trust the process !!”

The news of the surgery was first reported by NBC Sports Philadelphia’s John Clark, who said that Jackson tore the abdominal muscle completely off the bone.

Jackson, 32, had returned from a six-game absence on Sunday and was promptly removed from the game against the Chicago Bears after four snaps for precautionary reasons.

“He did feel some discomfort when he was in there,” Eagles coach Doug Pederson said on Monday morning, prior to the reports. “So for precautionary measures, we decided to keep him out and evaluate him. We’re gathering some more information on him. Obviously this is our bye week so we’re gonna get all the information and see where we’re at.” Jackson drew a pass interference penalty and had a 5-yard reception before exiting the Eagles’ 22-14 victory over the Bears.

Pederson said he felt Jackson was ready for the game based on what he had done to get back on the field.

“Going into the game, with his rehab, what he’s been doing, he was really busting his tail to get back out on the field,” Pederson said. “He had a really good week of practice. We limited him in practice but with what he could do he was feeling good. So I have no regret on that.”

Jackson originally sustained the abdominal injury during the first half of the Eagles’ 24-20 loss to the Atlanta Falcons on Sept. 15. The 32-year-old did not make a catch in that game after snagging eight passes for 154 yards and two touchdowns in the season-opening victory over the Washington Redskins.