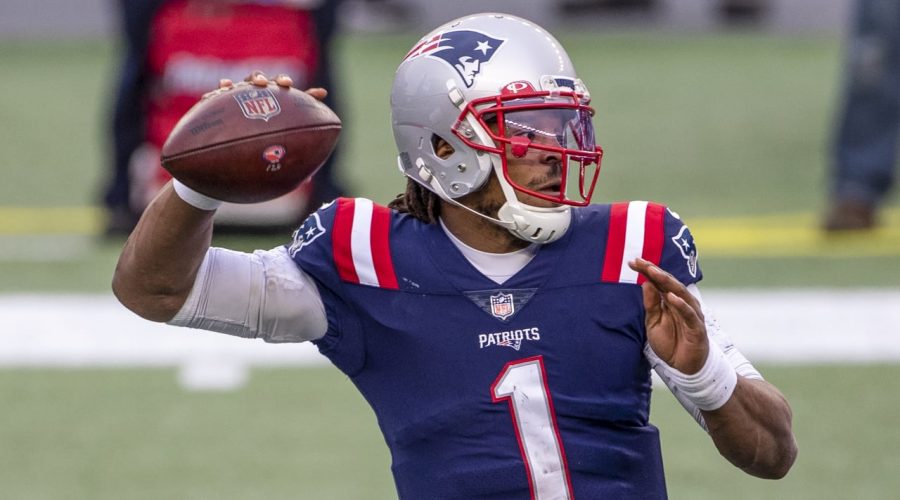 ﻿Cam Newton﻿ is back in New England.

The Patriots are re-signing Newton to a one-year contract, NFL Network’s Tom Pelissero confirmed Friday, per a source informed of the situation.

Jim McBride of The Boston Globe first reported the news.

Newton played 2020 in New England on a one-year, $1.75 million contract with heavy incentives. The 31-year-old started 15 games, completing 65.8 percent of his passes for 2,657 yards, with eight TDs and 10 INTs. His passer rating of 82.9 placed him 22th overall among qualifying QBs, per NFL Research. Newton also added 592 rushing yards and 12 TDs on the ground.

Cam missed one game after testing positive for COVID-19 early in the season. The QB said this offseason that missing that time put him behind and partially led to his struggles later in the 2020 season.

A reunion shouldn’t come as a surprise, as NFL Network’s Mike Giardi noted earlier this month. Coach Bill Belichick has spoken encouragingly about Newton, and the QB has suggested he’d like to remain in New England.

Asked last month on the “I Am Athlete” podcast if he would welcome a return to the Patriots, the former NFL MVP was emphatic.

Now Newton won’t have to change teams for at least one more season.

Having a full offseason under offensive coordinator Josh McDaniels should help Newton progress in Year 2 in New England. Re-signing the veteran is at least a tacit signal that the Pats believed the surrounding situation had more to do with the offense’s struggles than Newton’s play deteriorating.

There is no getting around that the QB’s passing must improve in 2021. At times last season, Newton missed passes brutally, throwing sinkers into the dirt, and rarely stretched the field. Those issues must be smoothed out moving forward.

Now it’s on the Patriots to use their significant cap space to buffer the offense with additional playmakers that will make life easier on the quarterback.

Re-signing Newton to a one-year deal won’t preclude Belichick from searching for a long-term solution, particularly in the draft. Ahead of the start of free agency, with few palatable options to add a veteran signal-caller, however, keeping Newton in New England makes sense for all parties.