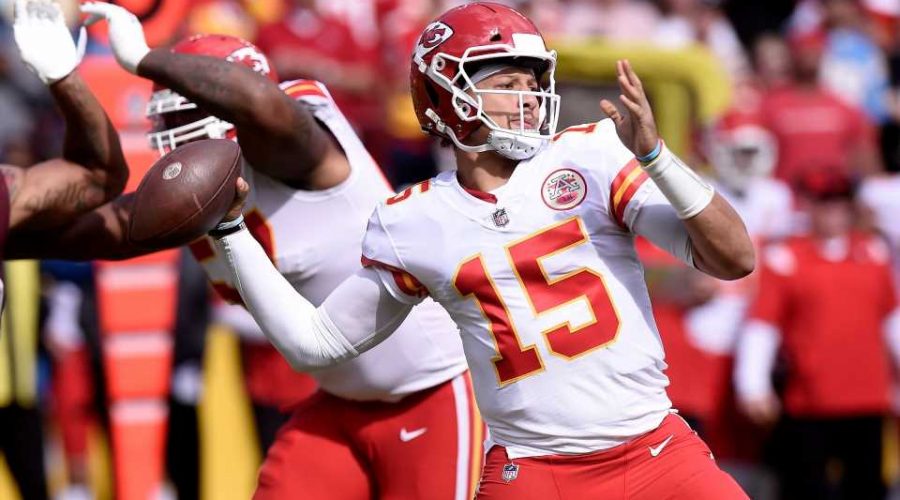 Patrick Mahomes’ trouble with turnovers continued on Sunday against the Washington Football Team. He threw two picks against Washington’s defense, which has been a bottom-five unit in the NFL so far in 2021.

However, at least one person didn’t think that Mahomes should be blamed for his first interception. That would be his mother, Randi, who took to Twitter to support her son.

This isn’t the first time that Randi Mahomes has come to her son’s defense on Twitter. During the Chiefs-Browns matchup in the 2021 NFL playoffs, she tweeted that Mack Wilson’s hit on Mahomes was “trash football.” Mahomes was concussed on the play.

Additionally, the elder Mahomes blamed her son’s poor Super Bowl performance on the referees. She even tweeted at ESPN’s Louis Riddick during the 2020 NFL season and told him to stop calling her son “Pat”, as he prefers to be called Patrick.

That said, Randi certainly had a point about her son’s first interception on Sunday. Mahomes threw an on-target pass to Tyreek Hill in the red zone. However, the receiver let it glance off his hands and it bounced right into the path of Kendall Fuller, who came down with it for the interception.

INJURY UPDATE: How long is Russell Wilson out?

Hill definitely deserves most of the blame for that interception, but nonetheless, it will appear on Mahomes’ stat sheet.

That said, Mahomes’ second interception was an ugly one that was entirely on him. He should have just taken the sack; instead, he tried to make too much happen.

Mahomes has thrown eight interceptions so far during the 2021 NFL season, putting him on pace for 22 interceptions during a 17-game season. His previous single-season high is 12.

So, while some of the picks may not have been Mahomes’ fault, there is no denying that his accuracy has been far shakier than it’s been in seasons past.