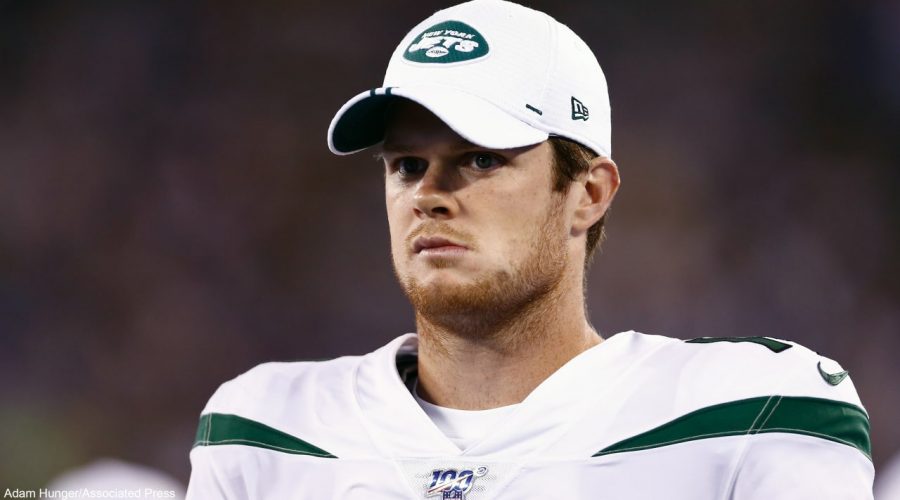 The Carolina Panthers spent the No. 8 overall pick on defense Thursday night. On Friday, the club affirmed that ﻿Sam Darnold﻿ is the future at quarterback.

The Panthers announced they are picking up the fifth-year option on Darnold. The team also officially picked up receiver ﻿D.J. Moore﻿’s option year.

Carolina had until May 3 to make the move on Darnold’s option. After passing on Justin Fields and Mac Jones on Thursday night, the decision became easier for club brass.

Darnold’s fifth-year option will pay him $18.858 million in 2022. The contract is fully guaranteed upon being exercised.

Panthers general manager Scott Fitterer said a week ago that the club would decide on the option after the draft. It turns out it took just one round for Fitterer to declare his intentions.

Carolina shipped three draft picks, including a second-rounder next year, for Darnold. Upon making the trade, it was presumed the Panthers would exercise the fifth-year option instead of spending assets on a one-year rental.

Fitterer, however, waited to see how the draft unfolded. The GM noted in the pre-draft process that even after the Darnold trade, the Panthers could draft a QB if their favorite slipped. Carolina reportedly considered Fields at No. 8 but instead selected corner Jaycee Horn.

The draft-day decision signaled that the Panthers are Darnold’s team. Picking up the $18-plus million option made that statement even louder.