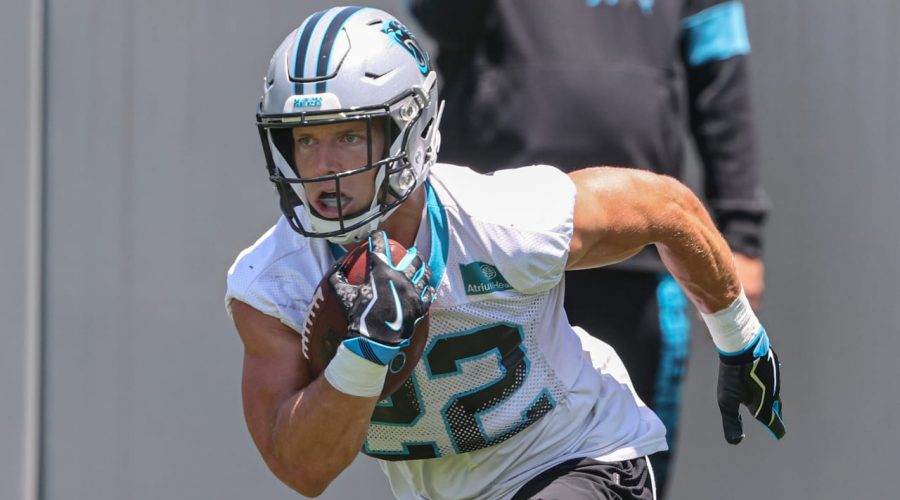 In the afterglow of a historic 1,000-1,000-yard season, ﻿Christian McCaffrey﻿’s first season under the offensive umbrella of Matt Rhule and Joe Brady was accompanied by towering aspirations.

Alas, McCaffrey’s 2020 season was dimmed by injury and cut to just three games.

So, while much of the hype for the Panthers’ season opener Sunday against the Jets focuses on the quarterbacks, it will also be the first steps forward in the comeback of CMC, arguably the most versatile running back in the NFL.

Brady is confident McCaffrey will be the same multipurpose phenom who tallied back-to-back seasons with 1,000 yards rushing and 100 catches.

Shoulder and ankle ailments sidelined McCaffrey for 13 games a year ago, but the three he played stood as reminders of just how productive and dynamic McCaffrey is. He put up 374 scrimmage yards and six touchdowns in those three contests.

Will CMC return to form and infuse consistent electricity into the Carolina offense, which now features ﻿Sam Darnold﻿ at quarterback? That’s a prevailing question for the Panthers.

Darnold and the Panthers open the 2021 campaign against the QB’s former team, which now has 2021 NFL Draft No. 2 pick ﻿Zach Wilson﻿ at the reins. The storyline has drawn interest for the Sunday showdown, but McCaffrey’s return is most certainly worthy of marquee status. His resurgence could well inspire a turnaround from the 5-11 fate that befell the Panthers last season.

“There were limitations on what you could do without Christian,” Brady said. “I’m not necessarily saying that as an excuse, but just the reality of the time we all had with each other. And there are certain elements that Christian can do that not a lot of football players can do.”

So Sunday will mark McCaffrey’s first live action since Nov. 8 of last year.

It’s a longtime coming and reason for genuine anticipation.

“The excitement is real. It has been a long time,” McCaffrey said.