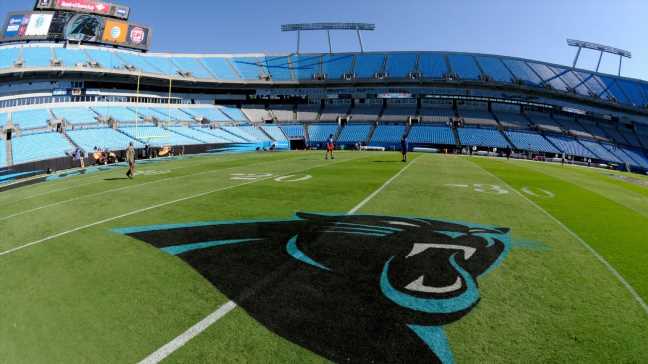 CHARLOTTE, N.C. — Bank of America Stadium will transition from natural grass to artificial turf in time for the Carolina Panthers’ preseason schedule in August, leaving the NFL’s 32 teams with 16 grass venues.

The decision to switch to FieldTurf was made to guarantee a consistent surface for not only the Panthers but also other events. Those events include the Charlotte Football Club of Major League Soccer, which will begin playing at BOA in 2022, college football games and concerts.

There could be up to 30 professional sports events alone played at the stadium every year.

Tepper Sports & Entertainment vice president and chief operating officer Mark Hart said it would be a “heavy lift” to have continued with natural grass, which the stadium has used since the Panthers played their first game there in 1996.

The organization received input from players from the Panthers and Charlotte Football Club before making the final decision.

“We have conveyed our commitment to the players to maintain this field at a level consistent with the highest standards,” Hart said.

In addition to NFL and MLS games, the Panthers traditionally host college football openers, the ACC championship and the Duke’s Mayo Bowl. Georgia and Clemson will kick off the 2021 college football season at BOA Stadium on Sept. 4.

The stadium is on hold for several concerts in 2022 that were postponed because of the pandemic.

“[David Tepper’s] vision is for the building to be a community asset,” Hart said of the team owner.

BOA’s grass surface consistently has ranked among the best in the NFL, according to surveys by the NFL Players Association. The NFLPA historically has been against artificial surfaces.

NFLPA president JC Tretter wrote last year that his group would prefer every team switch to natural grass for health and safety purposes. Research has shown that fewer injuries occur on grass.

But with the increased volume of events at BOA, it was decided FieldTurf that already is in use at Atlanta, Detroit, New England, Seattle and the New York Giants/Jets, in addition to 11 NFL practice facilities, would provide the most consistent surface.

Work is expected to begin on the transition in the coming days.