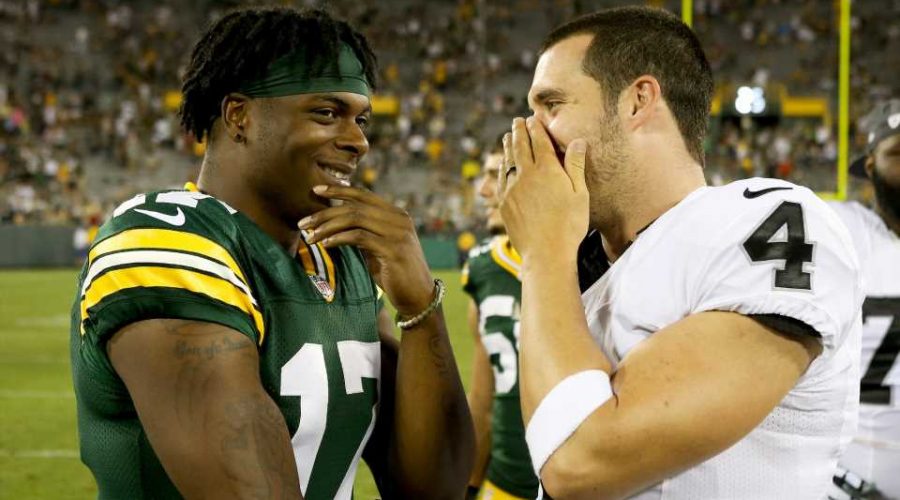 Just a few days ago, Derek Carr began his “full-court press” to get Adams in a Raiders uniform, which may be more likely than originally believed, at least if Adams’ words are any indicator.

The Packers wideout caught wind of Carr’s endorsement and took it a step further on Wednesday, saying to play with Carr would be a “dream.”

“Obviously, I love Derek to death. We’ve got a great friendship and we still communicate really, really consistently,” Adams said (via NFL.com). “He’s one of my best friends. Obviously it would be a dream to be able to play with him. But I’m a Packer now. Until that point when we make that decision, I guess we just gotta, we’ll see what happens.”

Carr and Adams paired up in Fresno State between 2012 and 2013, combining for 38 touchdowns in two seasons.

Adams, though, is under contract through the 2021 season and some reports have suggested that the Packers wideout may be in line for an extension sooner rather than later. Adams recently admitted that talks between the two sides are in preliminary stages, so it seems unlikely a deal will get done before training camp.

Currently, organizational turmoil between quarterback Aaron Rodgers and the Green Bay front office may be holding things up on Adams’ end.

Since entering the NFL, Carr has lacked a true No. 1 receiving threat, though the team drafted Henry Ruggs in 2020 to be a downfield threat.

It seems like a reunion make rectify that issue for Carr.

July 3, 2021 NFL Comments Off on Packers WR Davante Adams says playing with Derek Carr ‘would be a dream’
NFL News