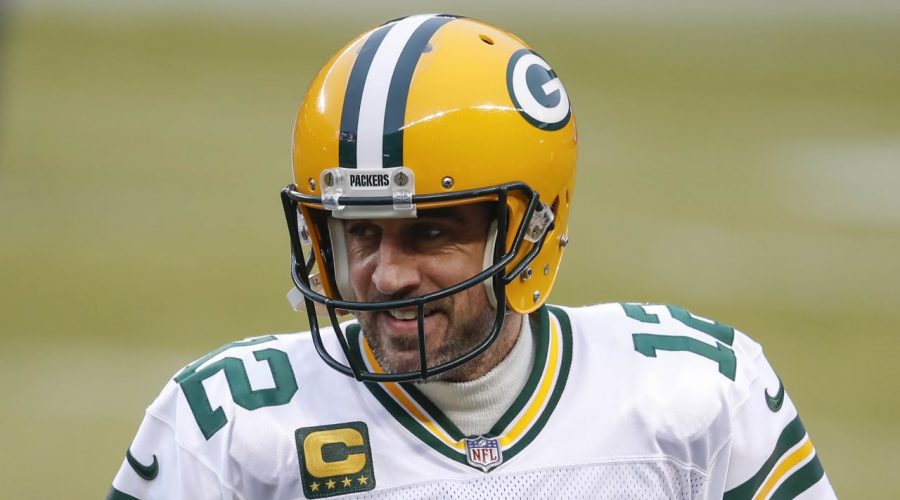 This future Hall of Fame quarterback, likely 2020 NFL Most Valuable Player and Game of Thrones extra will guest-host this beloved American game show in the coming weeks.

Who is Aaron Rodgers﻿, and what is Jeopardy!?

That’s right, viewers. Instead of reading defenses, the Green Bay signal-caller will be reading clues on an ABC channel near you, as a guest-host on a future episode of Jeopardy! Rodgers, whose Packers will host the Los Angeles Rams in a Divisional Round matchup on Saturday, confirmed as much on his weekly appearance on The Pat McAfee Show.

“One of my idols growing up was Alex Trebek,” Rodgers told McAfee. “They’re doing some guest-hosting spots. It’s going to be released here very soon but I had the opportunity to be one of those. … I’m excited about the opportunity.”

Rodgers is no stranger to the program. In 2015, Rodgers was victorious on an episode of Celebrity Jeopardy!, beating out the likes of Shark Tank‘s Kevin O’Leary and former astronaut and current Arizona Sen. Mark Kelly to earn a $50,000 donation for the MACC Fund (Midwest Athletes Against Childhood Cancer).

This time though, Rodgers will quarterback the episode from behind the lectern where late Jeopardy! host Alex Trebek stood for 37 seasons, before passing away on Nov. 8 after a battle with pancreatic cancer.

Only in his 16th season in the NFL, Rodgers can’t touch Trebek’s longevity. But the game’s greatest thrower should feel comfortable filling in for the greatest game-show host. After all, Rodgers is used to taking over for legends.