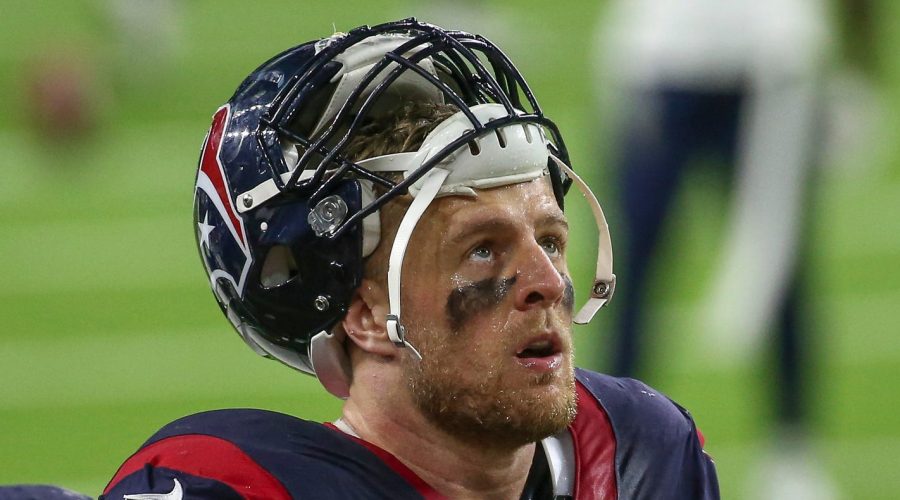 GREEN BAY, Wis. – There’s no question Green Bay Packers general manager Brian Gutekunst had one of his personnel staff pick up the phone and call defensive end J.J. Watt’s agent to see how much it would cost to sign him.

In this case, they most assuredly said the latter.

Watt’s representatives have done a good job of keeping his demands under wraps, probably because they’re looking for that one team that will bite and help Watt make up the $17.5 million he was due to earn in Houston before asking the Texans to release him.

Veteran players of Watt’s caliber don’t turn up their nose at that much money without thinking they can recoup it somewhere else. Watt’s 32-year-old body has taken a ton of punishment; if he’s going to put it through two more years of hell, he’s going to get paid for it.

The Packers may like Watt, but if he’s asking for even $10 million a year, they must ask themselves whether that money is better spent on any combination of two or more of these things:

► Making Davante Adams the highest-paid receiver in the NFL.

► Signing a veteran offensive tackle, cornerback or inside linebacker.

If the Packers were carrying more than $30 million of excess salary cap money into 2021 like the Cleveland Browns or $23 million like the Jacksonville Jaguars, or were swimming in cap space like the New York Jets and Indianapolis Colts are expected to be, they’d have the luxury to roll the dice on a guy who has played 48 of 80 games the past five seasons.

But the Packers can’t – or maybe it’s more like won’t – take that chance.

To date, the team has done absolutely nothing to try to re-sign Linsley, whose yearly average will probably come in somewhere very close to Watt’s. Linsley is a valued member of the organization, a first-team All-Pro who turns 30 in July, someone who has missed just 13 games in seven seasons.

MOCK DRAFT: What could unfold if Jets acquire Deshaun Watson from Texans

WHERE WILL J.J. WATT PLAY NEXT?: These 10 NFL teams could be fits

SIX QB OPTIONS FOR BEARS: Now that Carson Wentz is off the table

Using data from the NFL Players Association, you can figure they are between $11 million and $12 million above the minimum salary cap of $180 million the NFL has set. (The final cap could be higher than that, but officials estimate they won’t finish the revenue count until around the March 17 start of free agency and new fiscal year.)

If you were choosing between Linsley and Watt, the choice would be Linsley. You pick the guy that protects your MVP quarterback and helped keep the offensive line functioning at a high level through myriad injuries last year.

If there’s anything the playoffs and Super Bowl showed, you can go a long way with a quality offensive line and get creamed without one. Both the Packers and the Kansas City Chiefs succumbed to Tampa Bay’s defense because of offensive line injuries.

They should be doing everything they can to keep Linsley.

But if they’re not going to re-sign him because of the money, forget about signing Watt. Some teams may pay Watt in part because they covet his star power and dominance in the locker room, but the Packers don’t need any of that.

New defensive coordinator Joe Barry could use a tough-as-nails defensive end in his 3-4 defense, but he has three capable edge rushers in Za’Darius Smith, Preston Smith and Rashan Gary and needs help at inside linebacker and defensive tackle more than at end.

When he stepped out of the Ted Thompson managerial shadow in 2019, Gutekunst spent a barrel of cash on four players: Za'Darius and Preston Smith, safety Adrian Amos and tackle Billy Turner. Together, they had missed a combined 13 games over the previous four seasons. In their two seasons in Green Bay, they have missed a combined two games.

Watt made it through 16 games last year, but he is two years removed from his last double-digit sack season and has just one in his last five.

When Gutekunst has taken gambles with injured players, it has been fairly low risk. He did well with tackle Rick Wagner (two years, $11 million) and struck out on inside linebacker Christian Kirksey (two years, $16 million). He released both Friday and together they’ll count $3.75 million against the cap this year.

While some will argue that the salary cap can be manipulated any way you want and shouldn’t limit how a team spends, it doesn’t mean you should go out and spend wantonly. If anything, the creative part should come in re-signing your own, which is what the Packers have majored in since Thompson took over in ’05.

Were we not coming out of a pandemic, the cap would probably be around $208 million and the Packers would have $17 million in cap space. They would be thinking they could re-sign Linsley and Jones and still be able to extend Adams’ deal.

And if Aaron Rodgers hadn’t just come off an MVP season, they might be planning to have him off their cap after this season.

So, they must create space just to do daily business this offseason. It’s going to require mortgaging future cap space by guaranteeing or extending Rodgers and Za’Darius Smith’s deals, backloading cap space on Adams’ deal and releasing some veterans so they have enough breathing room to re-sign Jones, make $2 million tender offers to Tonyan, Boyle and possibly Sullivan, sign their draft class and dabble in free agency.

It’s understandable why many people around this state think Watt, the Pewaukee native and former Wisconsin Badgers star, would be a great fit for the Packers. They see the three-time defensive player of the year and see him putting the team over the top in its pursuit of a Super Bowl.

But Gutekunst is in the business of evaluating talent, managing a salary cap and building a roster, so if he passes on Watt, as expected, it’s for a reason. In this case, he’s got a lot of heavy lifting to do this offseason and adding Watt would mean subtracting somewhere else.

But at this juncture, don’t expect him to accept that trade-off.