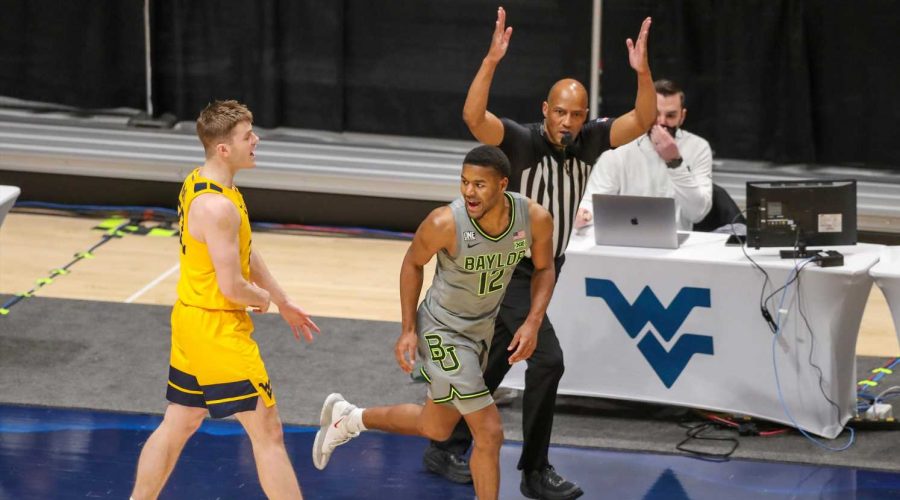 In a thrilling afternoon showdown at the WVU Coliseum, Baylor and West Virginia showed why they are two of the best men's college basketball teams in the nation.

No. 3 Baylor earned a hard-fought 94-89 overtime win over the No. 5 Mountaineers that earned the Bears their first conference championship in 71 years.

Jared Butler led the way with 25 points, while Davion Mitchell poured in 20. Matthew Mayer added 18 points off the bench.

Baylor bounced back nicely from Saturday's loss to Kansas, which was the Bears' first setback of the season, with a gritty performance in Morgantown that earned them the Big 12 Conference title.

It looked like there might not even be an overtime period before a comedy of inbound errors beset both teams at the end of regulation. Baylor's Jonathan Tchamwa Tchatchoua came down with WVU's long inbound pass and the Bears were able to call timeout to get in position to take the winning shot with the game tied 81-81 in the final seconds. But then, Baylor's Butler threw the ball out of bounds while attempting to hit a deep pass.

Fortunately for the Bears, the Mountaineers were not able to get a great final look at the buzzer and Baylor found its footing in OT.