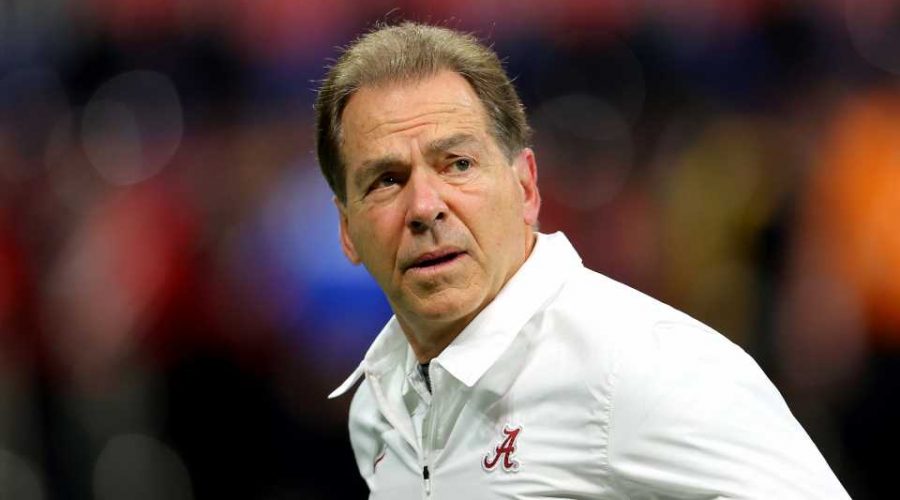 INDIANAPOLIS — No. 1 Alabama is a 3-point underdog against No. 3 Georgia heading into the College Football Playoff championship game at Lucas Oil Stadium on Monday. The Crimson Tide beat the Bulldogs 41-24 in the SEC championship game on Dec. 4.

Alabama coach Nick Saban isn’t concerned about those narratives heading into another national championship opportunity. After all, this is the Crimson Tide’s sixth CFP championship game in eight seasons.

DECOURCY: College Football Playoff is too elusive, too exclusive; expansion is a must

“A lot of external people talk about things like that,” Saban said on Sunday. “I think internally we talk a lot about, ‘What do you have to do technically in the game to be able to have success in terms of your ability to execute probably against the best player you played against all year?’

Alabama’s star players are following that lead. All-American linebacker Will Anderson Jr. made headlines ahead of the Cotton Bowl Classic matchup against No. 4 Cincinnati when he said the Crimson Tide — a two-touchdown favorite — were the underdogs. Alabama won 27-6. Anderson clarified those comments Saturday.

“I was speaking generally when I said over the course of the season, but us being underdogs, us not being respected and people saying we weren’t an elite team,” Anderson said on Saturday. “It’s going to be the same with the end of the season, which is coming up.”

Alabama is the underdog for the third time against Georgia since Oct. 31, 2015. The Crimson Tide beat Georgia 38-10 in that 2015 matchup, and 41-24 in the 2021 SEC championship game. Saban even referenced “rat poison” after that last victory.

This marks the first championship scenario rematch since Alabama blanked LSU 21-0 in the 2012 BCS championship game — a rematch of the No. 1-vs.-No. 2 matchup in the regular season. This is the first rematch on the national championship stage since, but Crimson Tide safety Jordan Battle said that’s not a factor either.

“Nothing different that you have to prepare for,” Battle said. “You just go into every week the same. We prepare how we need to prepare to beat a team. That’s fully going into a game. That’s on us.”

How does the Heisman Trophy winner feel about that?

Bryce Young is in line to become the third straight Heisman winner to lead their team to a national championship. Alabama’s DeVonta Smith (2020) and LSU’s Joe Burrow (2019) dominated this stage the last two seasons. Alabama’s Derrick Henry (2015) and Mark Ingram (2009) also won the Heisman and national title in the same season.

“Our mindset is just all about the game,” Young said. “Obviously this is what you work for the entire season. I know that’s what our goal has always been. So we understand that this is a business trip.”

That is the most frequent approach Alabama has used to win its six national championships since 2009. It’s a been-there, done-that mentality that emanates from Saban, and those team leaders parroted the usual talking points about “The Process” at a virtual media day on Saturday.

Saban reiterated that on Sunday.

“I think once the game starts, five minutes into the game,” Saban said. “I don’t know that anybody’s thinking about all this stuff that y’all talk about. They’re trying to win their box. They’re trying to do what they can to help their team on both sides of the ball. We expect that, and that’s what our players need to be focused on.”

So there is bulletin board material to be had. It’s not about the underdog, the rematch or the Heisman winner, even if those are the easiest-to-click-narratives heading into Monday’s game. It’s about a set standard, one that future NFL stars such as Anderson hold themselves to each season. Saban said the definition of a successful season is for every player to maximize their value.

Anderson is one of those players, but his definition takes another next step.

“A successful season for me is winning the national championship, making sure that we’re up on that stage — all my brothers, coaches, families, everybody,” Anderson said. “We’re celebrating all the hard work we put in this whole season. That’s what a successful season is to me.”