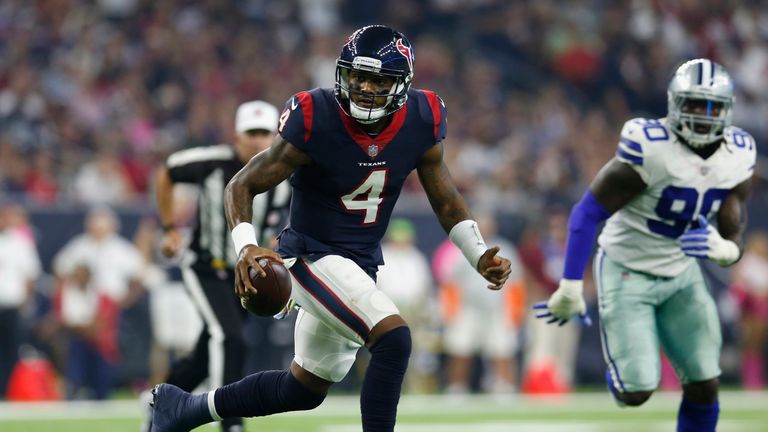 Which teams have the longest winning streaks in the NFL right now?

We take a closer look at the NFL’s hottest teams… 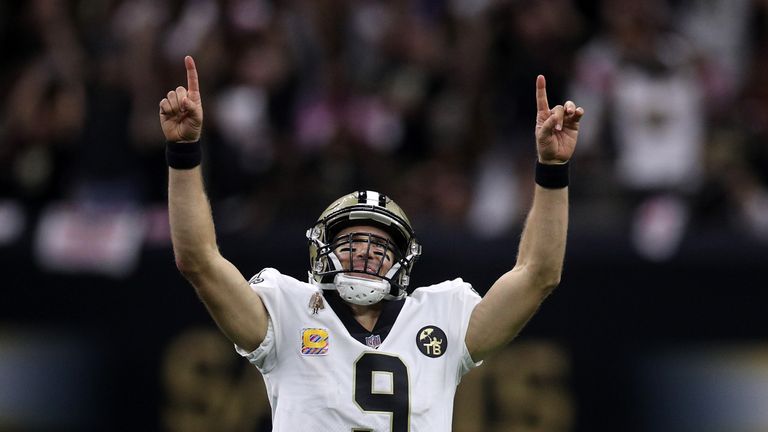 How they have done it: The ever-consistent Sean Payton and Drew Brees have given the Saints the best point-scoring offense in the league and New Orleans look almost impossible to slow down. During the tremendous win streak, they’ve convincingly beaten teams with winning records, including the Redskins, Vikings, Rams, and Bengals.

Hot hand: It has to be 18th-year pro, 39-year-old Drew Brees. This season, he’s thrown 21 touchdowns compared to just one interception, has the best completion percentage and quarterback rating in the league. He can carve any defense apart.

Up next: vs Eagles, vs Falcons, @ Cowboys, @ Buccaneers 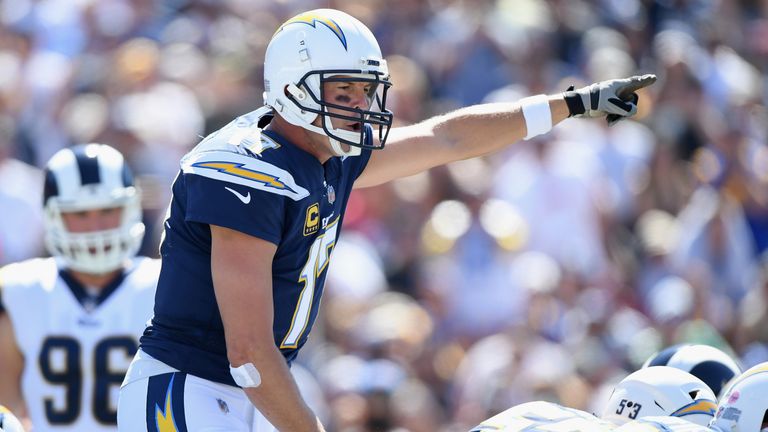 How they have done it: The Chargers have won every game they’ve played against teams not called the Los Angeles Rams and Kansas City Chiefs; two of the teams with the best records in the NFL.

On offense, they are balanced – 14th in passing, seventh in rushing and eighth in total yards per game, while the defense is improving every week. They haven’t allowed over 19 points in five straight games and are coming off two straight road wins.

Hot hand: Philip Rivers, like Brees, is playing even better with age, and is playing at career-best levels in completion, touchdown, and interception percentages, as well as QB rating. He’s thrown multiple touchdown passes in every game this season and seven of his last 10 scores have gone for 29 yards or more.

Up next: vs Broncos, vs Cardinals, @ Steelers, vs Bengals 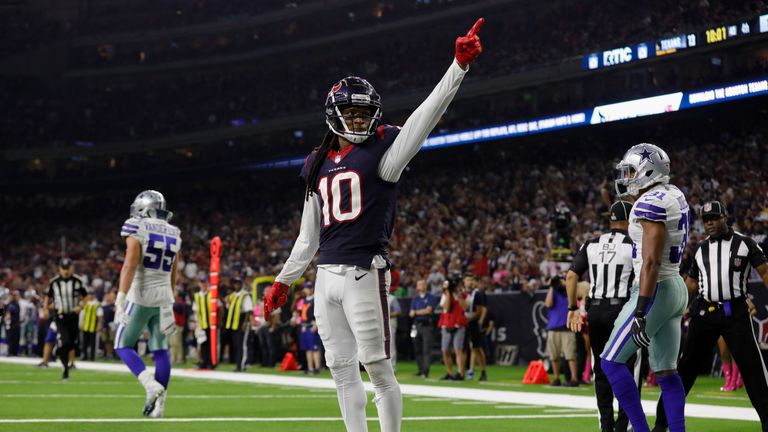 How they have done it: Quite quietly. Having lost their first three games, many people had decided Houston’s season was over. But they have now rattled off six straight wins, staying ahead of the 5-4 Titans (two straight wins) and 4-5 Colts (three).

The Texans don’t stand out in any major category offensively or defensively, but they are winning as a team. The streak began with two overtime wins, but the next month of fixtures will be telling, with bouts coming up against their aforementioned division rivals.

Hot hand: Or rather, hot hands. Sixth-year wideout DeAndre Hopkins is sixth in receptions, fourth in receiving yards, tied fourth in plays of 20 yards or more, and fifth in first downs. Not only is he crushing statistically, but ‘Nuk’ has made game-changing plays in each of the Texans’ victories this season. Expect him to go to the Pro Bowl for the third time this season.

Up next: @ Redskins, vs Titans, vs Browns, vs Colts 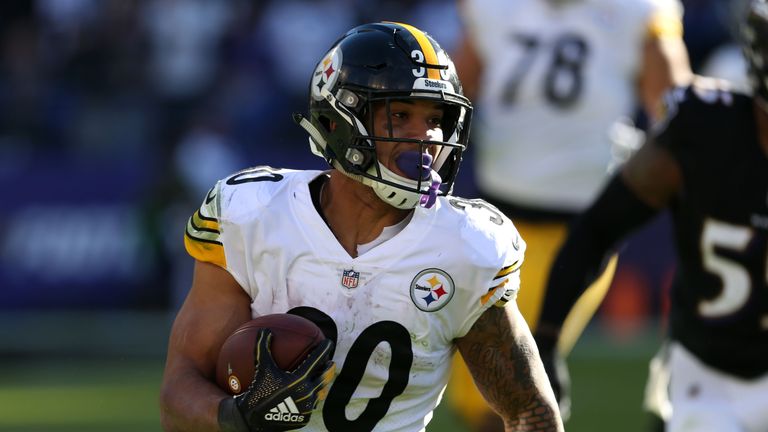 How they have done it: In typical Steelers fashion – by scoring points. After blowing out the Falcons 41-17, they rattled off three straight division wins – two on the road over the Bengals and Ravens – before pounding the Panthers 52-21.

Ben Roethlisberger is slinging it, Antonio Brown has a touchdown in seven straight games, and sophomore runner James Conner has been a revelation, racking up 1,158 total yards and 11 touchdowns already. Hot hand: It has to be Conner, who has filled the void left by Le’Veon Bell with four multi-touchdown games, five 100-yard rushing games, and a cracking 4.7 yards-per-carry average. 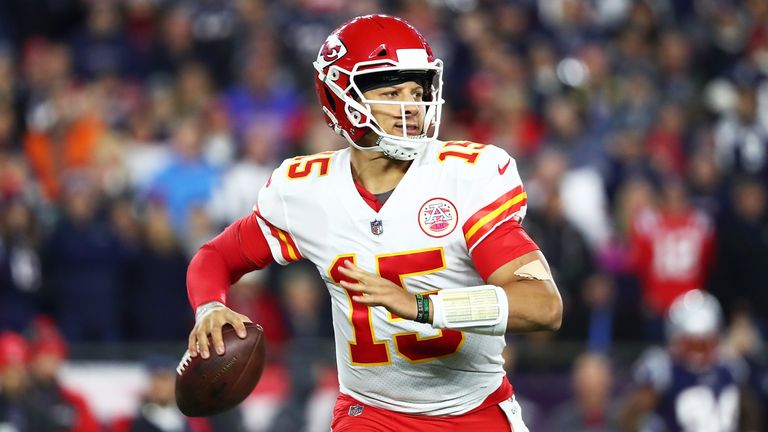 How they have done it: Outside of a 43-40 last-second loss on the road to New England, Kansas City have looked unstoppable. They are third in yards per game, second in points per game, and quarterback Patrick Mahomes leads the league in yards and touchdowns.

Could their match-up with the Rams this weekend be a Super Bowl preview?

Hot hand: It could be any one of Mahomes, Kareem Hunt, and Tyreek Hill, but let’s go with the star QB. In his first season as the full-time starter, he has established himself as an MVP candidate with a whopping 31 touchdowns so far.

Up next: @ Rams, @ Raiders, vs Ravens, vs Chargers 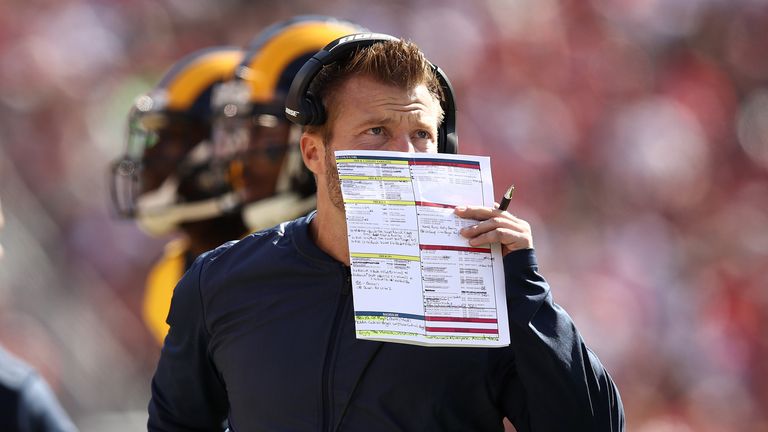 How they have done it: The Rams have been dominant on both offense and defense. Head coach Sean McVay took the NFL by storm last year with his fresh and innovative play-calling, and it has continued in 2018. Only the Saints have been able to stop them – and they even scored 35 points in that defeat.

Offseason acquisitions on both sides of the ball have proved helpful, as Ndamukong Suh, Marcus Peters, Aqib Talib and Brandin Cooks have all upped the level of talent on this team.

Hot hand: Through 10 games, Todd Gurley has been invincible and playing to the level that earned him Offensive Player of the Year in 2017. He has 1,390 yards from scrimmage and 17 touchdowns, leading the way for the terrifying Rams attack.