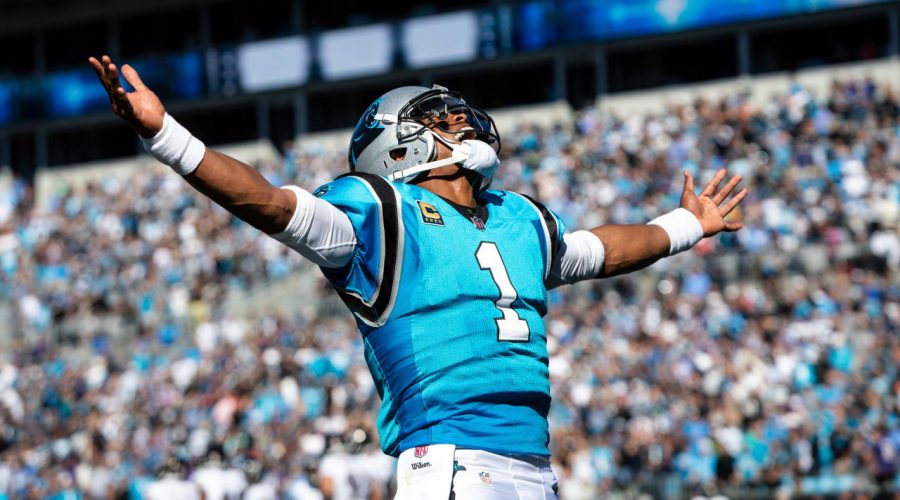 Throughout the 2021 NFL season, NFL Network analysts will provide one bold prediction heading into each week’s slate of games (see the full Week 11 schedule).

James Jones: What a homecoming it will be for Cam Newton, who’ll be welcomed back to Charlotte with a standing ovation. He reciprocates the love by recording five passing touchdowns — something he hasn’t done since Week 15 of his 2015 MVP season — in a Carolina win over Washington.

Maurice Jones-Drew: Sunday’s marquee matchup between the Cowboys and Chiefs features two explosive offenses that combine to average 839.5 total yards per outing — that’s the sixth-highest figure by opponents for a game taking place in Week 11 or later since 1950, per NFL Research. It’s the most since the Chiefs-Rams Week 11 game in 2018, when Los Angeles won in an epic shootout, 54-51. I predict the ‘Boys and Chiefs will also combine to score 105 points on Sunday, with Kansas City winning on a last-second field goal by Harrison Butker, causing Arrowhead to hit record-breaking decibels.

Joe Thomas: Even with Alvin Kamara﻿’s status up in the air for Sunday’s game in Philadelphia, the Saints get a balanced performance from their Trevor Siemian﻿-led offense and top-10 defense. Siemian elevates the team’s 31st-ranked passing attack by throwing for 275 yards and two touchdowns, while the defense puts forth a dominant performance that includes two takeaways in the win.

DeAngelo Hall: The Buffalo Bills’ defense seems to get better and better under Sean McDermott. In fact, the ferocious unit is the NFL standard heading into Week 11, ranking first in points allowed and total defense. The Bills have yielded just 3.8 rushing yards per carry this season and only seven rushing TDs, but they have yet to play Jonathan Taylor, the hottest running back in the league right now. Tied atop the rushing ranks with 937 rushing yards, Taylor spearheads a fierce Colts ground game that compiles over 150 yards against Buffalo’s stout D and leads Indy to an upset win.

Marc Ross: Ahead of their Week 11 bout, Patrick Mahomes and Dak Prescott each rank in the top five in passing yards per game, with averages of 294.0 and 292.6, respectively. The gunslingers turn it up a notch (or two), each throwing for over 400 yards on Sunday. Ultimately, Prescott and the Cowboys come away with the win.

David Carr: The Panthers wasted zero time getting Cam Newton involved in the offense, as he had two touchdowns (one run, one pass) in nine snaps against the Cardinals three days after re-signing with his old team. It looks like Cam will get the start this week against Washington, and he takes advantage of a defense that just lost star edge rusher Chase Young. Newton scores four touchdowns in the win — all on the ground!