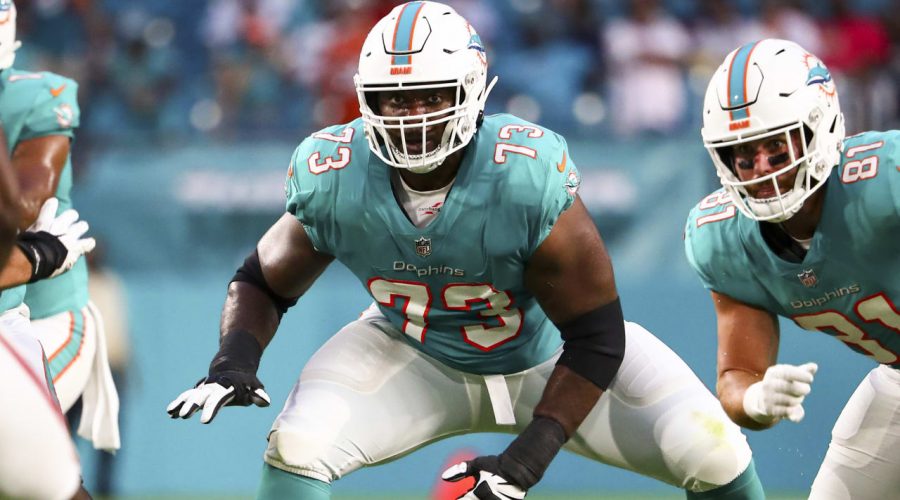 Miami Dolphins starting left tackle and 2020 first-rounder ﻿Austin Jackson﻿ has been activated from the reserve/COVID-19 list the team announced Saturday.

Now the question becomes whether he’ll be able to play Sunday when the Fins open up against the AFC East-rival New England Patriots.

Following his activation, Jackson was placed on the Dolphins’ injury report with a questionable designation. The team’s announcement added Jackson is traveling separate from the team.

A player must be activated from the reserve/COVID-19 list by 4 p.m. ET Saturday to have a chance to play on Sunday even though final clearance will not come until Sunday morning, NFL Network’s Tom Pelissero noted. Should Jackson get clearance, he would be the first fully vaccinated player to test positive for COVID and return to play in the same week, Pelissero reported. Jackson tested positive on Monday along with teammate ﻿Adam Shaheen﻿, who is unvaccinated and required to miss at least 10 days.

As a rookie last year, Jackson played in 13 games with 12 starts.