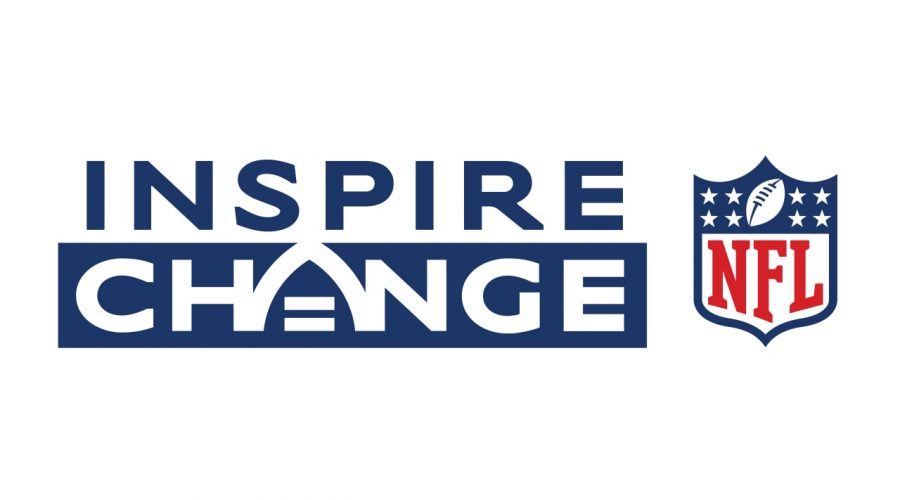 The NFL today announced 13 new grants to nonprofit organizations across the country and additional funding to support closing the “digital divide” as part of its social justice initiative, Inspire Change. The league and its clubs have provided more than $95 million to date in support of programs focused on education, economic advancement, police and community relations, and criminal justice reform, encouraging unity and respect in our communities. These efforts contribute to the ten-year $250 million commitment by the NFL to social justice.

Inspire Change launched during the 2018 season, showcasing the collaborative efforts of players, clubs, and the league to create positive change in communities across the country. Unanimously approved by the Player-Owner Social Justice Working Group, the 13 new grants total nearly $4.3 million and come in addition to the 20 organizations awarded funding over the last three years.

“As a league, we are proud to provide financial support for such impactful programs that inspire change, but we know our work as a league and at the team level in the cities where we play is not done and we must continue to support the march against social injustice,” said Atlanta Falcons Owner and Chairman and member of the Player-Owner Social Justice Working Group, Arthur Blank. “This past year opened the eyes of so many to the inequality suffered by many of our fellow brothers and sisters, neighbors and associates. We will continue to stand with our players as we address underlying issues and bring people together to achieve meaningful, positive change.”

The Working Group also made a commitment to address the “digital divide,” a longstanding barrier to internet and technology access in the U.S., particularly in communities of color. This year these disparities have been exacerbated due to the COVID-19 pandemic where students and families were forced to learn and work from home. As such, the Working Group voted to dedicate an additional $1 million earmarked specifically for NFL clubs to work with local nonprofits to help alleviate the “digital divide” in areas that need the most support.

“Education is a basic human right, and we can no longer deprive students of the tools they need to succeed, including devices and the Internet,” said Kelvin Beachum, Players Coalition task force member, Player-Owner Social Justice Working Group member, and Arizona Cardinals offensive lineman. “I am proud of the work Players Coalition and the NFL has done to help close this ‘digital divide’ and help those children in underserved communities. There is a lot more work to do, and I hope together with support from the new federal government we will be able to continue what we’ve started and make sure no child’s education suffers because of lack of resources.”

In addition, the NFL Foundation has now provided more than 1,200 matching grants to current players and Legends for nonprofits of their choice to help reduce barriers to opportunity. These grants have supported more than 500 nonprofit organizations in areas ranging from education to racial equality.

The following organizations are the 13 new social justice grantees:

To further raise awareness for social justice, the league will continue its series of Inspire Change television spots, highlighting the efforts of grant partners, clubs, and players. A piece centered on criminal justice reform featuring grant partner the Anti-Recidivism Coalition, the Los Angeles Rams, and So-Fi Stadium will launch on January 9 and run through the postseason. Earlier spots in the series featured Big Brothers and Big Sisters of America (education), Vera Institute of Justice and Houston Texans safety Michael Thomas (police and community relations), as well as Operation HOPE and San Francisco 49ers linebacker Fred Warner (economic advancement). Two other features to air through the remainder of the season will highlight Beachum’s work with the Players Coalition to end the “digital divide” and Tennessee Titans quarterback Ryan Tannehill’s efforts to achieve racial justice with the Equal Justice Initiative.

Ahead of Kickoff the NFL launched Say Their Stories alongside its helmet decal program honoring victims of systemic racism or social justice heroes. The season-long series aimed to raise awareness of social injustice and provided a platform for NFL players to recognize those names. Two upcoming installments during the postseason will highlight the importance of the phrase “Black Lives Matter” and the legacy of Emmett Till. The first is narrated by Indianapolis Colts linebacker Darius Leonard and will premier on January 8 on NFL Network’s Total Access. The second will be narrated by Seattle Seahawks wide receiver DK Metcalf and is slated to premiere on Martin Luther King, Jr. Day, January 18 also on NFL Network.

For the duration of the Playoffs, the league has added on-field representation of Inspire Change. On gameday, player helmets will feature Inspire Change stickers. Inspire Change messaging will also be found on banners, goal post wraps and sideline stencils. To carry the message of a collaborative effort in creating long-lasting change, stenciled on the end zones will be the words It Takes All of Us and Advance Social Justice.

The emphasis on social justice will continue through the Super Bowl with a community event supporting the Tampa Bay region and additional promotion across all NFL platforms. For more information about the social justice efforts of the NFL, clubs, and players visit www.nfl.com/inspirechange.