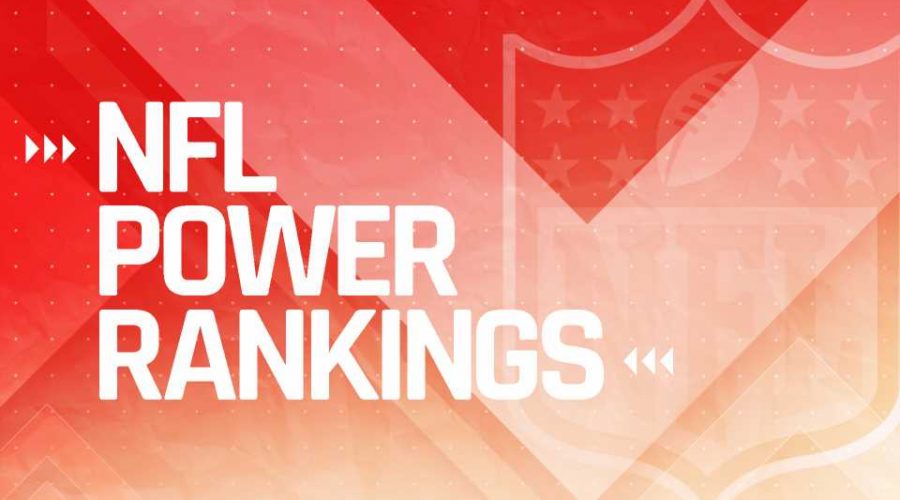 Week 7 in the NFL was a good one for the NFC’s heavy hitters, while there was additional shakeup featuring the AFC’s best teams.

The Cardinals, Rams and Buccaneers all played in the late afternoon and recorded victories over overmatched opponents to keep them at the top. The Packers stayed hot during the Sunday early window. The AFC had the Bills and Chargers off, but among the teams that did play, much changed in the battle for that conference’s supremacy.

Here’s how Sporting News sees all 32 teams in the league stacking up against each other in the latest edition of the power rankings entering Week 8:

The Cardinals flew past the Texans, giving DeAndre Hopkins and J.J. Watt tons of support against their former team. Kyler Murray and the running game did their part while the pass rush and coverage cleaned up to help stamp the team’s statement start.

The Rams don’t get a lot of style points for surviving revenge-minded Jared Goff and the gritty but winless Lions. But they did what they needed to do, per usual, on offense and defense even if they perhaps stepped off the gas.

The Buccaneers dismantled another limited opponent at home, this time the Bears, and Tom Brady again delivered offense in a methodical fashion. They are doing what they can to loom just behind the only two teams that have been consistently better and remain a strong Super Bowl repeat threat.

Aaron Rodgers has been a man on a mission since Week 1. He keeps slaying lesser opponents with his classic precision. The running game and defense have given him plenty of help, too.

The Cowboys have health on their side this season, first and foremost with Dak Prescott recovering well from ankle and shoulder injuries and working through a minor calf injury. They hope to be even healthier after the bye. Their versatile offense is hard to stop and their tee-off defense won’t change as this team continues to forge an identity as a Super Bowl contender.

The Titans have taken early control of the weaker AFC by employing their familiar formula of the running game setting up the big-play passing game, with complementary support from the defense. After a slow start, Mike Vrabel has them locked in again, stamped by consecutive massive wins over the Bills and Chiefs, each in a different fashion.

The Bills stubbed their toes in Tennessee before the bye, with a bit of a letdown following their massive victory at Kansas City. They sitll should be considered the AFC co-favorites, but things got a lot tighter in Week 7, meaning they have plenty of work to do to nail down the top seed.

The Bengals are the biggest surprise riser of the season and are the new favorites in the tough AFC North. The other teams are battling issues that they aren’t. Joe Burrow to Ja’Marr Chase is the new best combination in the game, but how about Trey Hendrickson and the revamped defense?

The new leaders in the AFC West continue to look determined, organized and focused on maximizing their strengths and minimizing their weaknesses without Jon Gruden. It almost seems as if he was a bad influence who was holding them back.

The Ravens’ defense seemed to figure things out against the Chargers at home in Week 6, only to have coverage issues again vs. the Bengals in Week 7. Lamar Jackson can do only so much, especially when the usually dominant non-Jackson running game isn’t helping the defense.

The Chargers bolted into their bye after a disappointing all-around performance at Baltimore. They can do plenty of damage with Justin Herbert leading their passing game and with a solid pass defense, but they need to clean up their league-worst run defense to maintain their playoff chances.

The Browns impressed with their gritty defensive-minded victory over the Broncos on Thursday night, fueled by supersub running back D’Ernest Johnson and guided by QB Case Keenum. They hope to be a lot healthier coming off the mini-bye before facing the Steelers on Halloween.

The Chiefs are falling apart fast as an offensive-minded team that cannot win when the offense slumps or is hurting like it is now with Patrick Mahomes. Andy Reid will need to do some amazing coaching to turn this around and point KC back toward a third consecutive Super Bowl trip.

The Steelers went into their bye in playoff position after pivoting their offense to center around rookie feature back Najee Harris, which will allow it to play better complementary football for the defense. They will hope that rest brings out a better Ben Roethlisberger for the second half.

The Saints hope to keep marching toward a playoff berth minus Drew Brees with a simliar approach as last season: defense, a strong running game and a few big pass plays. They also will hope to avoid.falling into a post-bye trap at Seattle.

The Vikings have steered their ship in the right direction on the strength of their own familiar formula — a run-heavy offense setting up a dangerous downfield passing game, backed by a good pressure-and-coverage defense for Mike Zimmer. They will look to be more consistent and win non-close games after the bye. The Cowboys are a good immedaite litmus test.

The Patriots are all for whacking opponents with limited offenses and weak run defenses. That takes a lot of pressure off Mac Jones and lets him relax and do what’s needed to win games. It just needs to happen more often against better teams that aren’t the Jets.

The Colts were coming up lame early in the season with a brutal schedule, but things have softened up nicely for them and they’ve crept back into AFC wild-card contention under Frank Reich. Catching the Titans will be very difficult, even with a little at only twos, but Carson Wentz getting the offense back on track has Indianapolis back in the playoff mix.

The Falcons have fought their way back to .500 with wins over the Giants, Jets and Dolphins. Even though that comes with limited praise given their defense is still a mess, the offense is simply looking much better for Arthur Smith as everything is clicking for Matt Ryan.

The Bears might be showing everyone why they were reluctant to rush Justin Fields into action over Andy Dalton, because they have no chance at the playoffs with league-worst rookie quarterback play. That offensive ineptitude is frustrating the defense on every level. It looks as if Matt Nagy is just coaching out the string.

The Seahawks are in danger of becoming a losing team in the Russell Wilson era for the first time because they don’t have Wilson to overcome their defensive issues. A loss to the Saints would make it a difficult uphill battle just to get to 9-8.

The 49ers can’t figure out how they want to operate on offense because they are being very particular about their personnel and thus have lost Kyle Shanahan’s creative mojo. The defense, with a weaker back seven, can’t seem to handle anything, either.

The Panthers have gone into free fall as the real Sam Darnold has arrived in full force with Christian McCaffrey not around to bail him out. Matt Rhule may go to P.J. Walker, but there has to be some regret over not drafting a potential franchise QB in the first round last April.

The Broncos got a strong wake-up call the past month after preying on a weak early schedule to get to 3-0. The writing is on the wall for Vic Fangio and his coaching staff as John Elway has to be disappointed in his talented team again.

The Eagles feel like they should be a much better team, given some of the play Jalen Hurts flashes at quarterback. But their lack of effectiveness in the traditional rushing game and maddeningly inconsistent defense have grown into bigger problems.

WFT is right there with the Eagles as an underachieving team, especially with the loaded defense disappointing. The offense is doing its best while in makeshift mode with Taylor Heinicke given all the injuries.

The Giants got in the win column for the second time by beating Carolina, weeks after an upset of New Orleans. That’s still not enough to pull them out of the major cluster for last place in the NFC East, far behind the runaway Cowboys.

The Jets were hoping to play the post-bye portion of their 2021 season in full developmental and improvement mode for Zach Wilson, but the knee injury he suffered early against the Patriots might derail that just as other parts of their offense were coming alive for Robert Saleh and Mike LaFleur.

The Jaguars had a much-needed and much-deserved bye week after recording their first win in thrilling fashion in London against the Dolphins. They will be looking for a better Trevor Lawrence after his first bye, with another winnable game at the Seahawks in Week 8.

Tua Tagovailoa can’t be blamed for this team’s ridiculously bad drop from its 10-6 finish of last season. Miami has matched its 2020 loss total thanks to atrocious defense, which has taken away from many of the flashes the offense has shown. A trade for Deshaun Watson can’t fix what’s broken for Brian Flores.

The Texans are playing with a remedial roster at this point, save for a few proud and capable veterans. They were fortunate to get that lone win out of the way in Week 1, but they’re not better than the Jaguars anymore.

The Lions leapt into Los Angeles and didn’t look like lambs vs. the Rams, but they simply didn’t have enough talent to finish yet another upset chance. Eventually, Dan Campbell will get a win, but at this rate, it might not be until in 2022 (should he last that long).