Week Nine in the NFL was being billed as one of the best in the 2018 schedule and it certainly did not disappoint as we aired three massive games on Sunday night on Sky Sports.

Here are six of my big takeaways from another fun weekend watching the action unfold in the United States.

What a game we enjoyed on Sunday evening as the New Orleans Saints recorded a 45-35 win over the previously-unbeaten Los Angeles Rams. On the evidence of this Week Nine showdown, this pair could very easily meet again in the NFC Championship Game. If that is the case, the venue for that game will be critical. If the Saints can hang on to the top seed in the NFC – which will not be easy given they have a tougher second half of the year than the Rams – they will feel good about their Super Bowl chances. The Superdome is a deafening maelstrom that is hard to navigate through and survive.

The Rams impressively fought back from 35-17 to tie the game before the Saints scored the final 10 points of a thriller. Both clubs are loaded with talent and can score points for fun. Life just becomes that little bit harder for the Rams if they have to make a return trip to New Orleans.

Brady gets the better support

We made so much of the Aaron Rodgers vs. Tom Brady Sunday Night Football matchup but, to be fair, we were not alone as all of the USA was looking ahead to these Hall of Famers going head to head for just the second time in their illustrious careers.

My one big takeaway from a game in which neither guy set the world on fire? Brady just enjoys better support from those around him and from his coaches, led by Bill Belichick. Rodgers is just called upon to fly solo a lot more than his counterpart from New England. 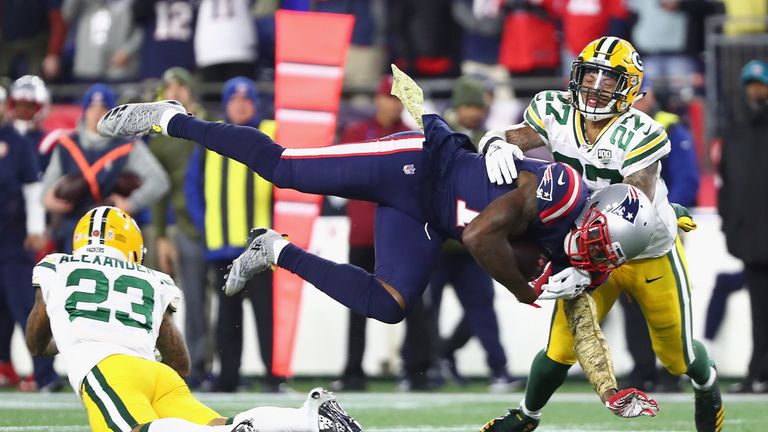 Belichick gave Brady shots at early success in the game with a lot of no huddle and the emptying of his playbook with a flea flicker and some creative screens. Late on, Rodgers and the Packers were undone by a key Aaron Jones fumble.

We made this game all about the legendary quarterbacks. The Patriots reminded us this is a total team game and they have the better squad than the Packers.

Another day at the KC office

Here is the most impressive thing about Kansas City’s 37-21 win over the Cleveland Browns. Andy Reid’s men topped 30 points yet again and totalled 499 yards of total offense – and we barely batted an eye. Such production has become the norm for the Chiefs. Patrick Mahomes threw for 375 yards and three touchdowns and has gone over 300 yards passing in all nine Kansas City games this season. He is showing no signs of slowing down and leads the NFL’s Most Valuable Player race at this point of the campaign.

What impresses me the most about the Chiefs is how diverse they can be on offense and how many guys can get involved in their attack. Sunday was another quiet day for receiver Tyreek Hill (defenses are scared to let him take over games) and the result was three touchdowns for Kareem Hunt and a pair of receiving scores for Travis Kelce. It’s hard to see this offense being stopped too often the remainder of the way.

Darnold down in the dumps

Not every NFL team can march up and down the field like the Chiefs. The Miami Dolphins and New York Jets set offensive football back about 20 years in a 13-6 win for Adam Gase’s men.

Miami’s offense was stale, boring and ineffective but the Dolphins did not self-destruct like the Jets. Rookie quarterback Sam Darnold was intercepted four times and the only touchdown of the game came when Dolphins linebacker Jerome Baker scored on a pick six. 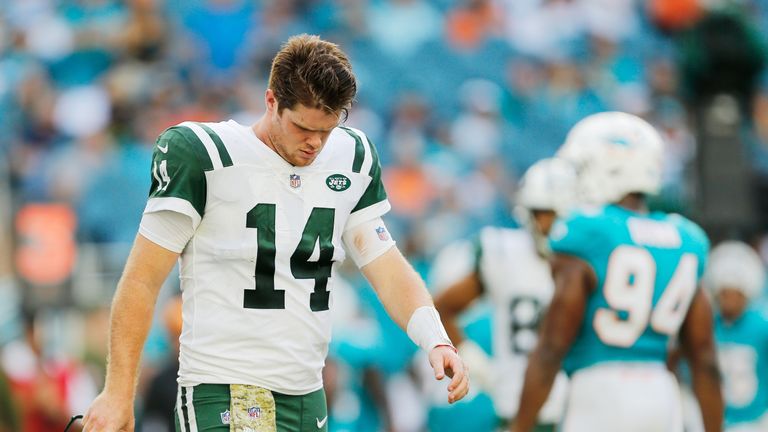 Darnold has regressed in New York and the way the Jets have failed to nurture him could have negative repercussions for head coach Todd Bowles, who is sitting on an ever-warming seat in the Big Apple.

I do not think the Dolphins are about to pull up any trees and make a dramatic playoff run but they showed on Sunday that they are at least in better shape than the free-falling Jets.

Heading into Sunday’s visit to Seattle, the Los Angeles Chargers had beaten five teams they were expected to beat and had lost to two clubs we also expected them to lose to (LA Rams and Kansas City). We had not see the Chargers beat a competitive middle-of-the-pack team.

They did just that on the road in Seattle, downing the Seahawks 25-17 to improve to 6-2 on the year. Philip Rivers is playing some of the best football of his career at quarterback for the Chargers and Melvin Gordon’s return in the backfield was timely and effective. 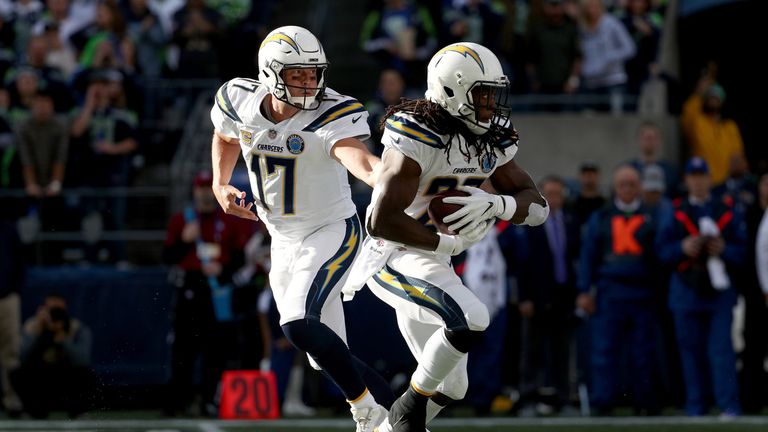 But what is most impressive to me is that the Chargers keep digging victories from games that would have been losses a year ago. In London, a late stand on the two-point pass gave LA the win against Tennessee. On Sunday, the Seahawks had one shot on an untimed down from the six to tie the score – and the Chargers defense stood firm.

That represents major growth for Anthony Lynn’s team. They are on pace for the playoffs and the only negative right now is the need to fix a woeful kicking operation led by Caleb Sturgis, who missed a 42-yard field goal and two extra points in Seattle.

The Atlanta Falcons are absolutely devastated by injuries but they remain very much alive in the NFC playoff race with Sunday’s 38-14 demolition of the Washington Redskins being notched up as their third successive win.

Here’s the thing… the NFL is a league of haves and have-nots at the quarterback position and the Falcons have an upper-echelon passer in Matt Ryan and valuable targets in Julio Jones, Calvin Ridley and Mohamed Sanu. 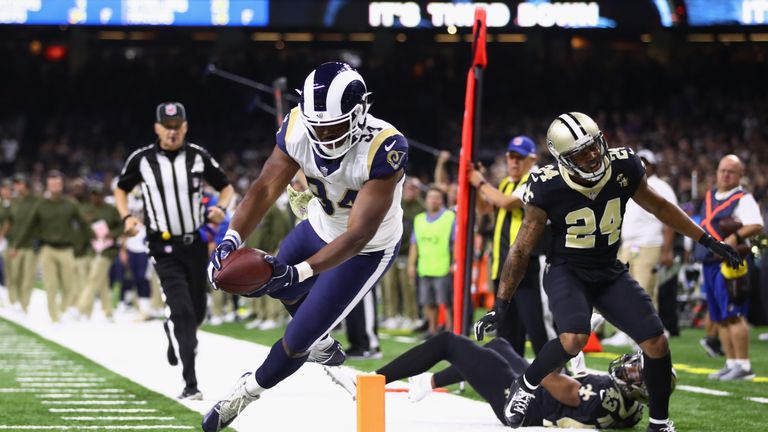 You can take all the other issues in Atlanta and put them to one side… having elite passing game players and a playmaking running back in Tevin Coleman can cure a lot of ills. This is a team very much alive in the NFC playoff race at 4-4. At the very least, the Falcons will be competitive week to week for the remainder of the year.

Every Sunday Sky Sports is your home of the NFL in the UK with three live games and Redzone and you can join in the conversation by making sure you follow us @SkySportsNFL for behind the scenes coverage, live fixture announcements and much more