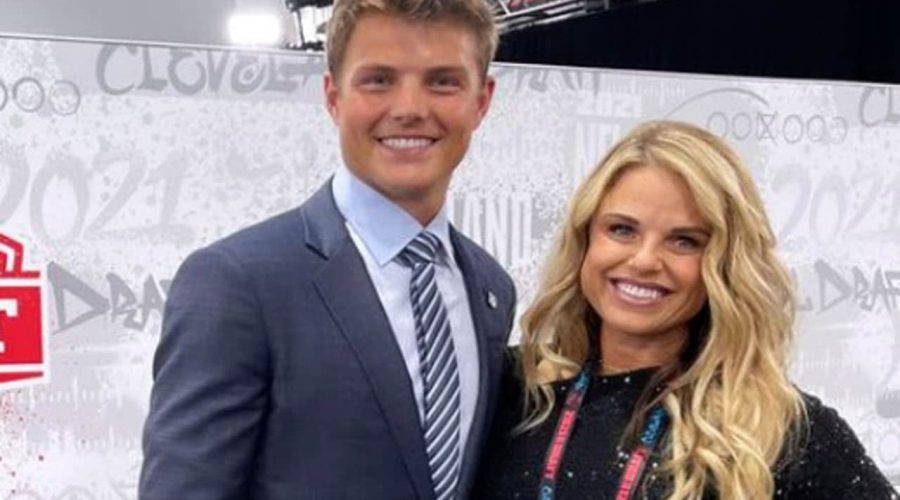 NFL talent Zach Wilson was drafted second overall by the New York Jets at the 2021 NFL Draft on Friday, but that’s not exactly why the former Brigham Young University quarterback was trending on social media.

Twitter erupted after cameras panned over Wilson’s family, focusing on his mother, Lisa Wilson. The two shared an emotional moment when it was clear the Jets were going to select him.

Wilson’s mum also loaded up her Instagram with tons of photos and videos from the big night.

Lisa Wilson and her son Zach.Source:Instagram

After commissioner Roger Goodell announced Trevor Lawrence as the No. 1 pick to the Jaguars, the Wilson family prepared for an impending celebration in their backstage pod inside Cleveland’s FirstEnergy Stadium.

In a behind-the-scenes clip, Wilson looked down at his mum and hugged her as she teared up while anticipating her son’s name being called.

Wilson made a bold statement after officially getting drafted by the Jets.

“I’m going to give it everything I have. There’s not another team I’d want to play for besides the Jets,” he told the NFL Network.

“I’m going to give it everything I have and we’re gonna be a special team, baby. We’re going for the Super Bowl.”

The Jets also traded up for the No. 14 pick to draft USC offensive lineman Alijah Vera-Tucker.

May 1, 2021 NFL Comments Off on NFL mum trending after accidental TV photobomb on son at NFL Draft
NFL News