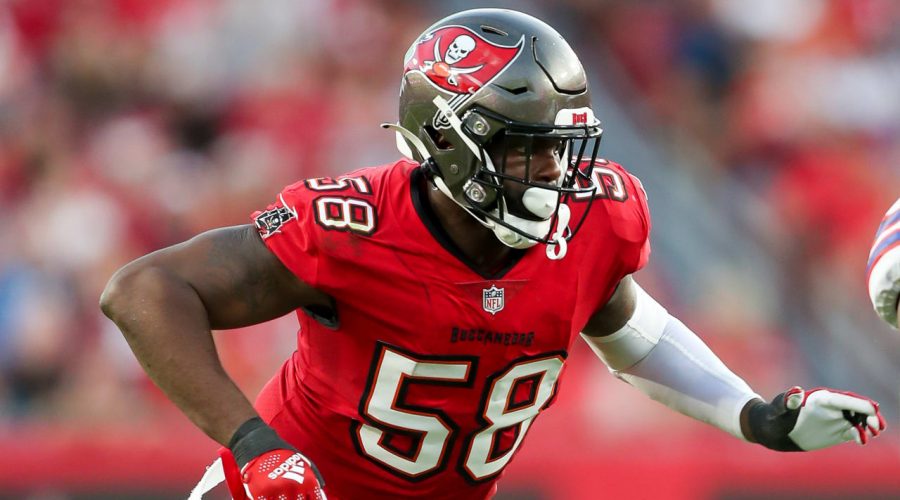 The Tampa Bay Buccaneers are getting pass-rush reinforcements just in time for their postseason run, but also have lost a cornerback for the remainder of the playoffs

Outside linebacker Shaquil Barrett has been activated from the reserve/COVID-19 list, the Bucs announced Tuesday, but cornerback Richard Sherman has been placed on injured reserve and his season is over.

Barrett, who leads Tampa Bay with 10 sacks and 22 QB hits, missed the team’s regular-season finale against the New York Jets, but should be on track to play in the Buccaneers’ NFC Wild Card Game against the Philadelphia Eagles on Sunday. Barrett is also dealing with a knee injury.

Sherman, who joined the Bucs on Sept. 29, has played five games this season with the Bucs, but is headed for his second — and therefore season-ending — trip to IR as he’s been dealing with a calf injury. Sherman is expected to remain around the team and do some coaching, which he’s already done during the season, NFL Network’s Mike Garafolo reported.

Didn’t go how I wanted it to but I’m grateful for the opportunity to strap it up again! Look forward to continuing this journey with my teammates and coaching my butt off. Thank you for all the support this season. The body gave all it had and I’m grateful.