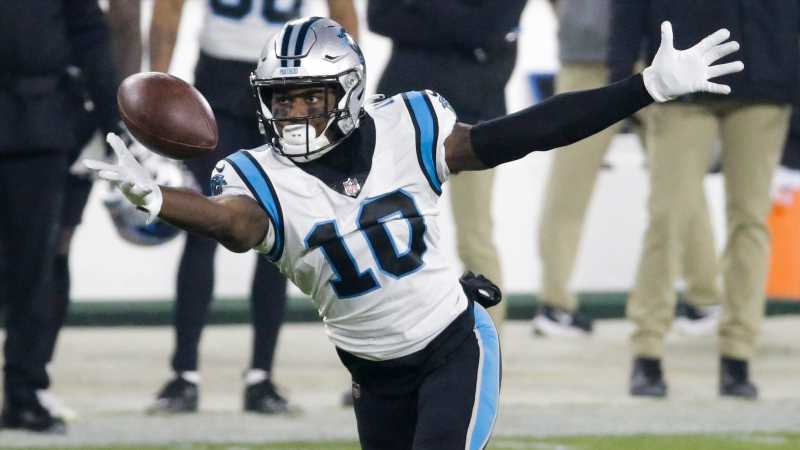 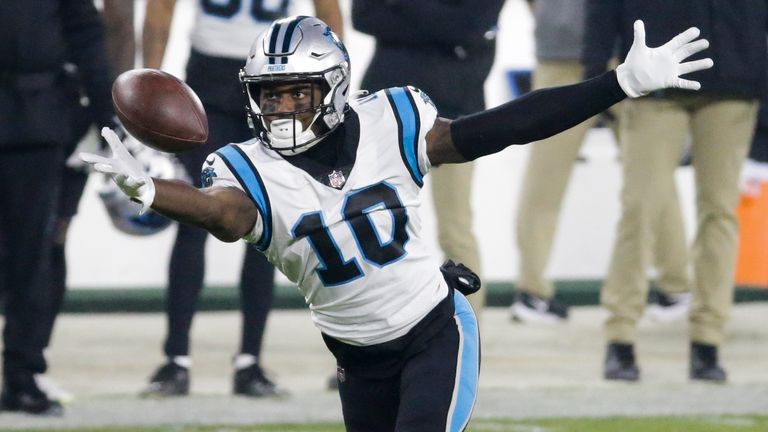 As the NFL opened its business year Wednesday, there was overdue movement in the wide receiver market as Curtis Samuel landed a huge deal in Washington, and AJ Green and Emmanuel Sanders found themselves new homes.

According to multiple reports overnight, former Carolina Panthers wide-out Curtis Samuel has agreed to sign with Washington with a three-year $34.5m deal in the offing once it becomes official.

Fun fact: Washington coach Ron Rivera tried to trade for WR Curtis Samuel last season, but #Panthers GM Marty Hurney refused. Now, they are together with Samuel… and didn’t give up a draft pick. https://t.co/tRVFgedbaK

Samuel reunites with coach Ron Rivera and new executive Marty Hurney, who were previously with the Panthers when he was drafted by Carolina in the second round in 2017, and gives new Washington quarterback Ryan Fitzpatrick an exciting looking 1-2 combination at receiver alongside Terry McLaurin.

The 24-year-old shined in Carolina’s victory at Washington last season, setting career highs with 106 yards receiving and 52 yards rushing in a season that saw him top 1,000 total yards for the first time in his three-year career.

Away from Washington, AJ Green joins the big-spending Cardinals, bringing to an end a decade in Cincinnati that has been dogged by injuries over the last couple of seasons. 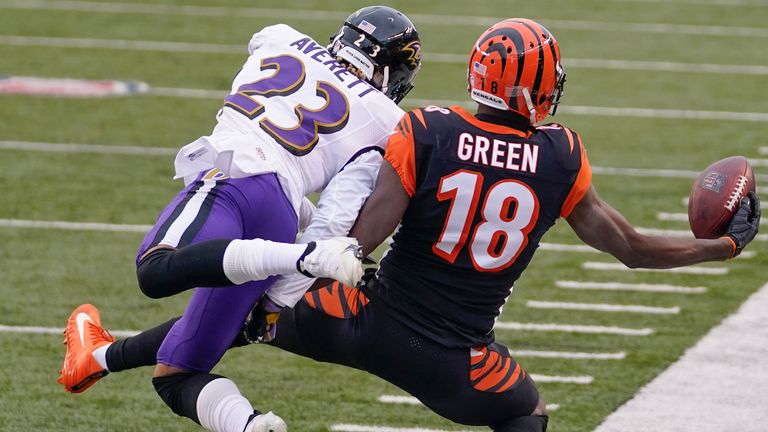 JJ Watt has arrived in Arizona and on Wednesday, the Cardinals swooped to land centre Rodney Hudson from the Raiders for a third-round draft pick, and Green joins No. 1 receiver in DeAndre Hopkins, and long-time star Larry Fitzgerald who has not made a decision on returning for an 18th season.

Green signs a one-year deal worth $8m, while the Cardinals also added veteran placekicker Matt Prater, who owns the NFL record with a 64-yard field goal made in 2013 with Denver.

Emmanuel Sanders is also on the move, joining his fourth franchise with a one-year deal in Buffalo where he links up with All-Pro receiver Stefon Diggs catching balls from Josh Allen for a team on the rise that went to its first AFC title game since the 1993 season before losing at Kansas City.

Sanders also played for Pittsburgh and Denver, where he won a Super Bowl, and spent last season with New Orleans. He’ll get about $6m for 2021. Receivers that remain on the market include Kenny Golladay who is visiting with the New York Giants but according to MMQB‘s Albert Breer and ESPN‘s Diana Russini he also has interest from the Cincinnati Bengals.

The Bengals have offered Kenny Golladay a one-year, prove-it type of deal, per sources. He was with Cincinnati OC Brian Callahan in Detroit when Golladay was a rookie. https://t.co/qJpVOG3R2b

Golladay is a free agent after Detroit opted against exercising the fifth-year option on his rookie contract and alongside Samuel, he is one of the top names on the market which has seen only Corey Davis (Tennessee to New York Jets) attract anything like Samuel’s money.

JuJu Smith-Schuster is in the same boat as Golladay after Pittsburgh decided not to pick up his option and speculation has been quiet on where the 24-year may end up. Along with TY Hilton and Will Fuller, he remains a big-name receiver on the open market who could offer a number of teams an option.

However, with another extremely strong wide receiver class expected to come through in the Draft, this year’s free agent options have been slow to attract interest.