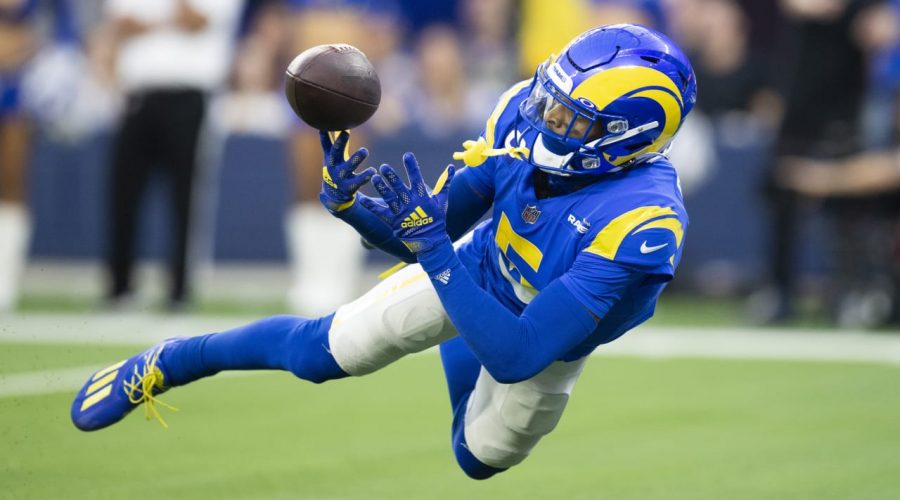 Throughout the 2021 NFL season, NFL Network analysts will provide one bold prediction heading into each week’s slate of games (see the full Divisional Round schedule).

David Carr: The Rams’ defense forced Kyler Murray into throwing a pair of interceptions in Los Angeles’ wild-card win. The D shows up in a big way again this weekend against the defending Super Bowl champs, picking off Tom Brady three times — an interception total the G.O.A.T. hasn’t hit in a single game since last season’s NFC title bout.

Joe Thomas: Joe Burrow has been unstoppable since Week 16, averaging 405 pass yards per game with a 10:0 touchdown-to-interception ratio and a 136.4 passer rating in that span. He’s riding high after leading the Bengals to their first playoff win since the 1990 season and continues his hot streak against the top-seeded Titans on Saturday. Burrow throws for 300 yards and three TDs in an upset victory.

DeAngelo Hall: On Super Wild Card Weekend, the Buffalo Bills scored seven touchdowns (five pass, two rush), while the Kansas City Chiefs had six scores (all passing TDs; five from ﻿Patrick Mahomes﻿, one via TE-turned-QB ﻿Travis Kelce﻿). When these two teams face off Sunday, I predict they will keep the scoring frenzy going by combining for 11 touchdowns.

Maurice Jones-Drew: The weather forecast for Saturday night’s 49ers-Packers game has the temperature dropping into the single digits with a wind chill below zero. That’s why I trust A.J. Dillon to be a huge contributing factor. So much so that I think he will outrush the 49ers by himself.

Nate Burleson: The Bengals have perhaps the greatest deep threat in the NFL right now in newbie Ja’Marr Chase, who had seven TD catches on deep passes (20-plus air yards) this season to set a rookie record in the Next Gen Stats era. That success continues against a Titans defense that allowed seven scores on deep passes this season (tied for sixth-most in the NFL), as Chase records 150-plus receiving yards and a touchdown (off a deep pass from ﻿Joe Burrow﻿).

Marc Ross: In what could be the game of the year with two of the NFL’s brightest starts leading prolific offenses, Bills-Chiefs has many folks anticipating another shootout. These teams averaged 60 total points in their last two meetings. This time, though, it’s a defensive struggle, with Leslie Frazier and Steve Spagnuolo each keeping the opposition under 21 points. Ultimately, Kansas City finds a way to get back to the AFC title game with a last-second field goal.