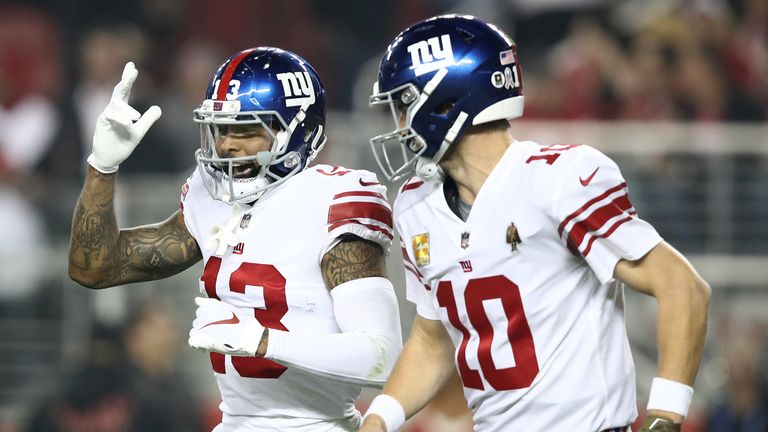 Eli Manning threw a three-yard touchdown pass to Sterling Shepard with 53 seconds left to lift the New York Giants to a 27-23 win over the San Francisco 49ers on Monday Night Football.

Manning’s game-winning TD was his third of the night, having earlier found Odell Beckham Jr in the endzone twice.

But, the Giants were made to work had for the win, having trailed by 10 points early in the third quarters after Nick Mullens – in only his second NFL start – threw a three-yard touchdown pass to running back Matt Breida to see San Francisco 20-10 ahead.

Breida ran for 101 yards and also scored a first-half rushing touchdown for the 49ers (2-8). But, they were unable to win consecutive games under third-string QB Mullens.