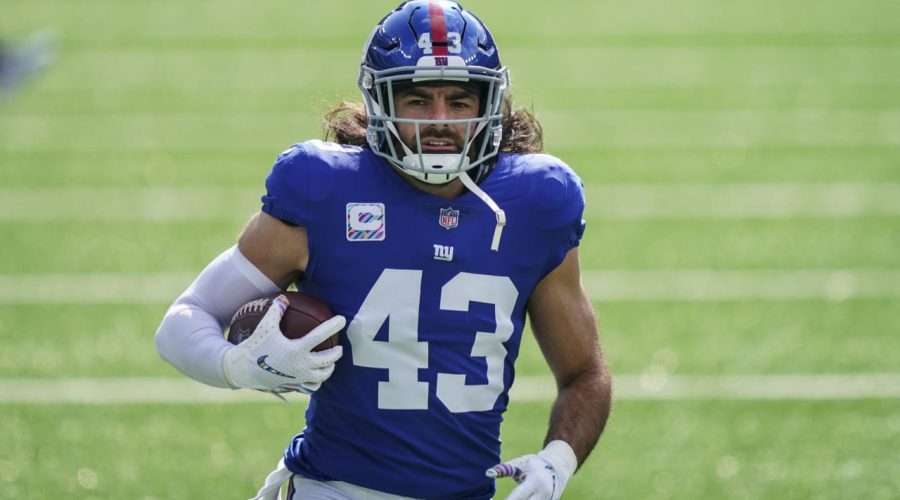 Veteran NFL defensive back and special teamer ﻿Nate Ebner﻿ won’t participate in the Olympics this time around.

Ebner, currently a free agent, announced an injury will keep him from trying out for the USA Rugby team headed to the Tokyo Olympics.

“It pains me to announce my withdrawal from competing for a spot at the Tokyo Olympics with the USA Men’s Sevens,” Ebner wrote on social media. “After the 2020 NFL season, I had an injury that required off-season surgery. While my recovery is on track for the next football season, unfortunately the time tables did not align with trials for the Games.

“Thank you to USA Rugby for welcoming me back into the squad like family. And thank you to the players working so hard to make the Olympic team and help the United States bring home a medal. I’d also like to thank the New York Giants for their support as I chase another dream. I look forward to the 2021 NFL season and will continue to work hard every day to be ready.

“Finally, thank you to all those who supported my journey thus far. Your encouragement has been amazing and motivates me to keep pushing forward.”

The 32-year-old was a sixth-round pick by the New England Patriots in 2012 and has played nine seasons, mainly as a special teamer. After eight years with the Pats, he followed Joe Judge to New York in 2020, where he played 323 special teams snaps and 34 defensive snaps, per Next Gen Stats.

A standout rugby player since youth, Ebner competed internationally before becoming a walk-on to the Ohio State football team.

While playing for the Patriots, Ebner made the 2016 United States national rugby sevens team which competed in the Olympics in Rio de Janeiro.

Back in May, Judge told reporters he expected the Giants to re-sign Ebner once the DB’s Olympic quest ended.

“Technically, Nate is a free agent right now, but we fully intend for him to be a member of the Giants, and he has to go through Olympic rugby training, and we’re supporting him with that,” Judge said at the time. “But that’s an experience I’ve been through with him before. Actually, he returned from the Olympics in 2016 and had a tremendous year for us. So I’ve gone through this before with him. I understand exactly how his training applies, rugby and can lead into football, and look. Honestly, it was one of his most productive years ever.”

This time around, Ebner will, unfortunately, be re-joining his teammates early than anticipated.

July 2, 2021 NFL Comments Off on Nate Ebner withdraws from contention for U.S. Olympic rugby team due to injury
NFL News