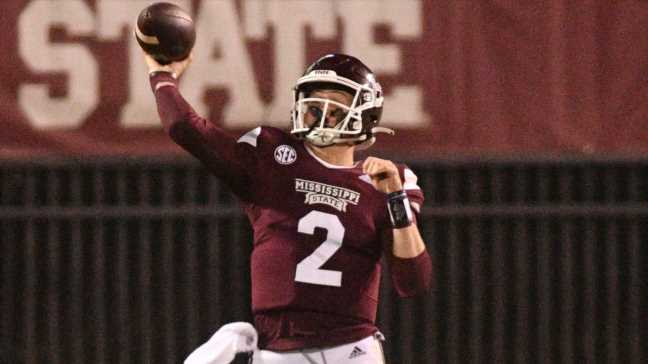 Rogers threw his record-setting 30th touchdown of the season with 11:28 left in the first quarter to Austin Williams to give Mississippi State a 7-0 lead. On the Bulldogs’ second possession, Rogers broke the passing yardage record when he completed an 8-yard pass to Jamire Calvin.

The Bulldogs would finish that drive with another touchdown to go ahead 14-0.

Rogers came into Saturday’s game completing 75.7% of his passes with 3,722 yards (second in FBS), 29 touchdowns, and eight interceptions.