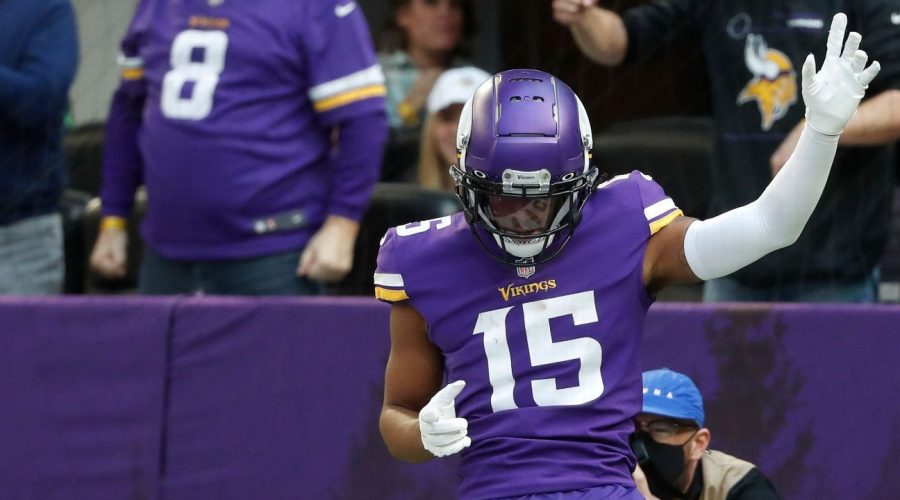 MINNEAPOLIS – The Minnesota Vikings are getting a look at their future at wide receiver in a no-stakes game against the Chicago Bears.

On the Vikings’ opening drive of the second half, quarterback Kirk Cousins found rookie Ihmir Smith-Marsette down field and launched a deep ball on third-and-13 that went 44 yards for a touchdown to cut Chicago’s lead to 14-10.

Smith-Marsette lined up in the slot at the Chicago 44-yard line. As he crossed over the middle of the field, a Bears defensive back fell down, leaving the rookie receiver singled up when he caught the ball near the end zone.

The former fifth-round pick has two catches for 84 yards and a touchdown in the Week 18 finale. This was his second career touchdown. His first came three weeks ago when the Vikings beat the Bears on Monday Night Football.