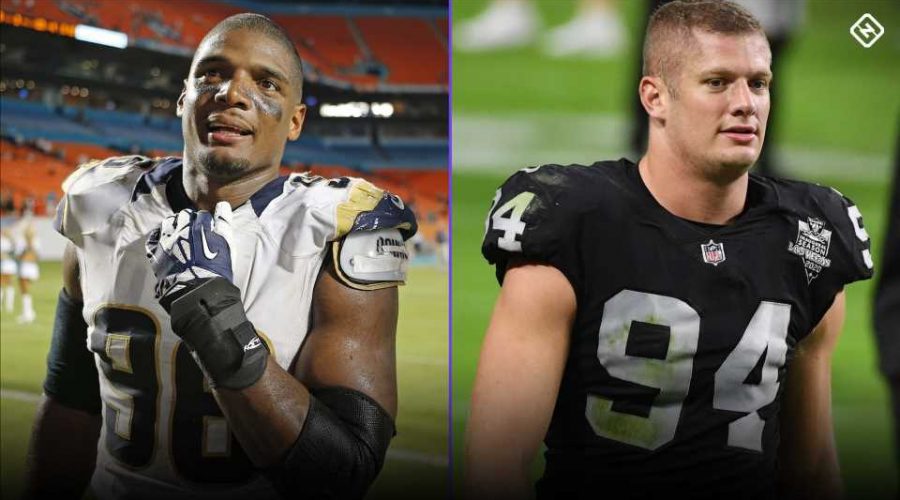 Carl Nassib has an ally in Michael Sam.

Sam, the former All-SEC defensive lineman for Missouri, came out as gay in 2014 and was slated to become the NFL’s first openly gay active player. The seventh-round pick of the Rams couldn’t make it onto the active roster, leading to Nassib, currently rostered with the Raiders, to be NFL’s first.

Sam praised Nassib for his courage and offered words of encouragement on Tuesday:

“Carl Nassib thank you for owning your truth and especially your donation to @TrevorProject,” Sam’s tweet reads. “LGBTQ people are more likely to commit suicide than heterosexuals. I hope and pray people will take note to this. Thank you again Carl and look forward to seeing you play on the field.”

Nassib came out as gay in a June 20 Instagram video, also including a written statement that he was donating $100,000 to the Trevor Project.

The Trevor Project is a nonprofit organization that focuses on suicide prevention among LGBTQ+ youth.

Originally drafted in the third round of the 2016 NFL Draft by the Browns, Nassib signed on with the Buccaneers in 2018, spending two years in Tampa Bay before landing with the Raiders in 2020. At Penn State, was the Big Ten Defensive Player of the Year in 2015 after leading the nation in sacks with 15.5.

Nassib became a “Hard Knocks” star in 2018 for his funny and informative financial advice while still a member of the Browns.

Now, he’ll be a star to LGBTQ+ youth looking to make it in the NFL.

For more information on The Trevor Project, click here.

July 1, 2021 NFL Comments Off on Michael Sam offers thanks, support for Raiders’ Carl Nassib for coming out as gay
NFL News