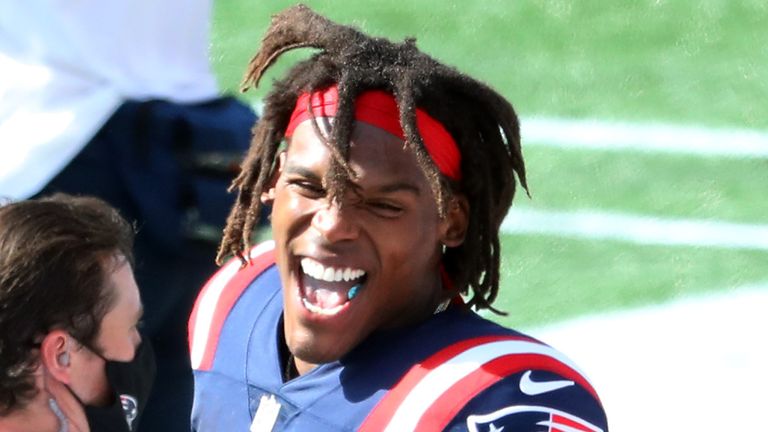 Cam Newton threw for 155 yards and rushed for 75 yards and two touchdowns as he started his New England Patriots career with a 21-11 victory over the Miami Dolphins.

The Patriots provided a preview of a new-look offensive approach that gravitated towards Newton’s rushing threat, with the 2015 MVP leading his team on the ground and scoring the 59th and 60th running touchdowns of his career.

Having ranked last in rushing offense in 2019, the Dolphins delivered promising signs as Myles Gaskin, Jordan Howard and Matt Breida shared the workload in the backfield. In the passing game they were swarmed by a typically-dominant Patriots secondary having lost lead receiver DeVante Parker mid-game due to a hamstring injury that he had been struggling with earlier in the week.

Chase Winovich began his pursuit of an influential role on the Patriots defense in the absence of Dont’a Hightower with a tackle on Howard for a three-yard loss to blow up a promising seven-play drive.

The Patriots continued to field extra offensive linemen and test the communication of the Dolphins defense in a run-heavy approach with well-executed read-option plays between Newton, Rex Burkhead and Sony Michel.

After a scoreless first quarter, the Patriots broke the deadlock early in the second when Newton punched a clear path to his right to cap an 11-play 80-yard drive from the Dolphins’ four-yard line with the 59th rushing touchdown of his career. 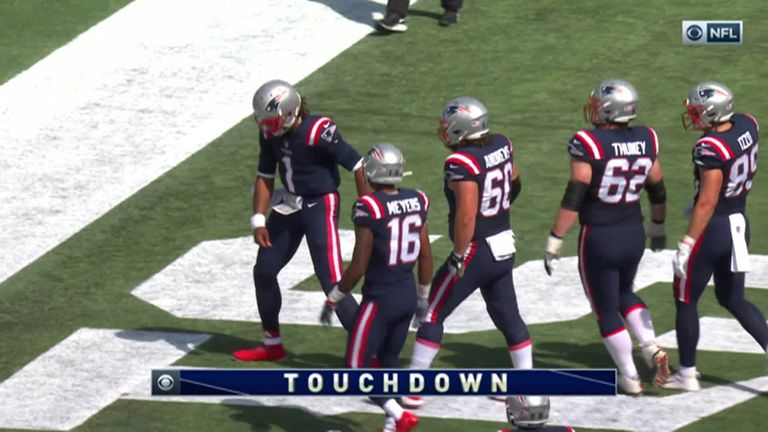 Last season’s Defensive Player of the Year Stephon Gilmore was a thorn in the Dolphins’ subsequent drive, intercepting Ryan Fitzpatrick’s intended pass to Preston Williams on a third-and-11.

The Dolphins got off the mark with a 46-yard field goal from Jason Sanders after a 10-play 59-yard drive that saw offseason acquisition Brieda enter the backfield in support of second-year rusher Gaskin.

Fitzpatrick was picked off on the Dolphins next drive, this time Adrian Phillips ending a nine-play 55-yard effort. The Patriots were unable to capitalise as Nick Folk missed a 45-yard field goal in the final play of the half.

Newton was the architect again as the Patriots extended their advantage in the third, leading an eight-play 75-yard drive that ended in the former Carolina Panthers play-caller running to the pylon for an 11-yard score. 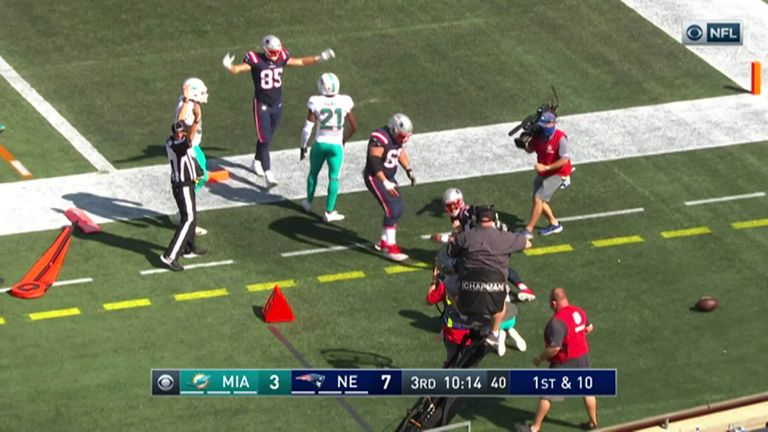 Replays suggested Newton may have been short of the goalline, however the ruling on the field stood and the Patriots found themselves up 14-3 after Folk’s extra point.

A roughing the passer call on cornerback Brandon Jones handed the Patriots a first-and-goal situation, from which the Dolphins survived a 12-play, 68-yard drive thanks to Jerome Baker stripping the ball from N’Keal Harry through the endzone for a touchback.

The Dolphins reduced the deficit courtesy of an 11-play 52-yard drive early in the fourth that ended with Howard running in for a one-yard touchdown after a stern Patriots defense had stifled him twice at the goalline. Fitzpatrick followed it up by scrambling for a successful two-point conversion to make it 11-14 with 10:31 to play. 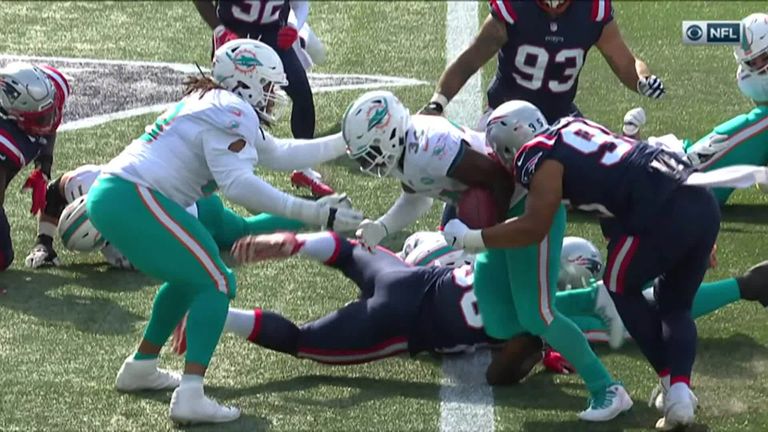 New England were back in the driving seat on their ensuing 10-play, 60-yard drive, with Michel rushing home from a yard out after Newton had converted a fourth-and-inches situation on the back of being called short on a run from third-and-six.

J.C. Jackson took the hosts a step closer to victory with an endzone interception on Fitzpatrick on third-and-six to foil an 11-play, 46-yard drive amid the Dolphins’ late effort to salvage something from the game.