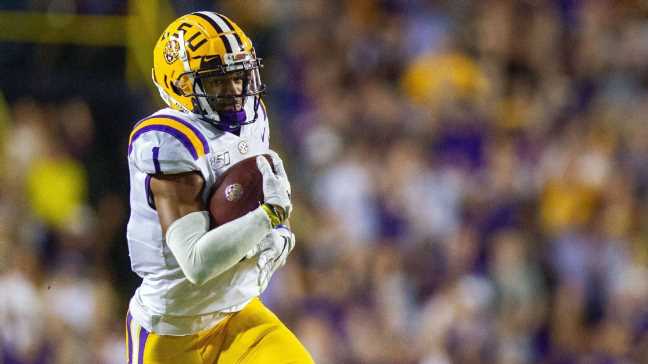 All right, it’s time. With less than 72 hours until the 2021 NFL draft kicks off from Cleveland with the Jacksonville Jaguars at No. 1, I’m finally shutting off the game tape and hitting submit on my final prospect rankings for this year’s class.

It’s an extremely talented class, starting with a generational QB prospect at the top. The quarterback group offers multiple potential franchise starters, and we could see five come off the board in record time on Thursday night. But don’t sleep on the other offensive positions: We have an incredible tight end prospect in the mix, several game-changing wide receivers and a deep offensive line class. On the other side of the ball, the defensive back class is perhaps the most exciting, but teams in the market for impact linebackers, productive edge rushers or disruptive defensive linemen will find plenty of options too.

In all, 259 names will be called over seven rounds and three days, but my board goes 350 deep. I’ve provided our Scouts Inc. grades in parentheses after each player’s name, and the first 50 prospects include abridged scouting reports and video highlights. I also rolled out my full positional breakdown of the rankings at the bottom. Here are my final top 350 players in this draft class.

Lawrence has very good decision-making skills, good release quickness and top-tier velocity as a passer. Although Lawrence is still working on the consistency of his footwork and ball placement, his overall touch, timing and anticipation are excellent. He knows how to lead receivers open and spots the ball very well on back-shoulder throws. And he has solid pocket mobility for such a tall quarterback, with quickness in the pocket and a feel for pressure. As a runner, Lawrence has good speed when he takes off. In all, he is a once-in-a-decade type of quarterback prospect.

Pitts is a hybrid receiver/tight end with a big frame, long arms and very good physical ability. He is an excellent route runner who separates from linebackers and safeties, and he settles into pockets working against zone looks. He has the foot speed and active hands to get off press, and his ability to collect contested catches makes him a tough matchup when he moves outside. Pitts has the size and second gear to threaten downfield, along with the burst and strength to make him a threat after the catch. Pitts’ talent and versatility make him a matchup nightmare for defenses.

Before opting out of the 2020 season, Chase broke the SEC single-season records for receiving touchdowns (20) and receiving yards (1,780) in 2019. He has a sturdy build with very good top-end speed, and he is physical getting off the line of scrimmage. His best trait is his ability to track the ball and adjust, and his body control is outstanding. He lacks elite twitchiness with the ball in his hands, but he’s a tough open-field runner with excellent contact balance for a receiver.

Wilson played in a pistol-heavy offense at BYU that featured full-field reads. One of his best traits is his ability to extend plays, as he has the instincts and agility to create after the initial play breaks down, and he does a very good job of adjusting his arm angles to generate throwing windows. His ability to throw receivers open also stands out, as Wilson shows above-average touch against zone looks. He doesn’t appear to have great top-end speed, but he’s an instinctive runner with good quickness and competitiveness.

Sewell has the feet to excel as a zone blocker and the power to move defenders off the ball when he keeps his pads down in the run game. He gets set quickly and tends to land the initial punch with good hand placement. His footwork is a little inconsistent, but he has the length to recover. He played in only two seasons at Oregon, and lack of experience is a slight concern, but Sewell is the top offensive tackle and a Day 1 starter.