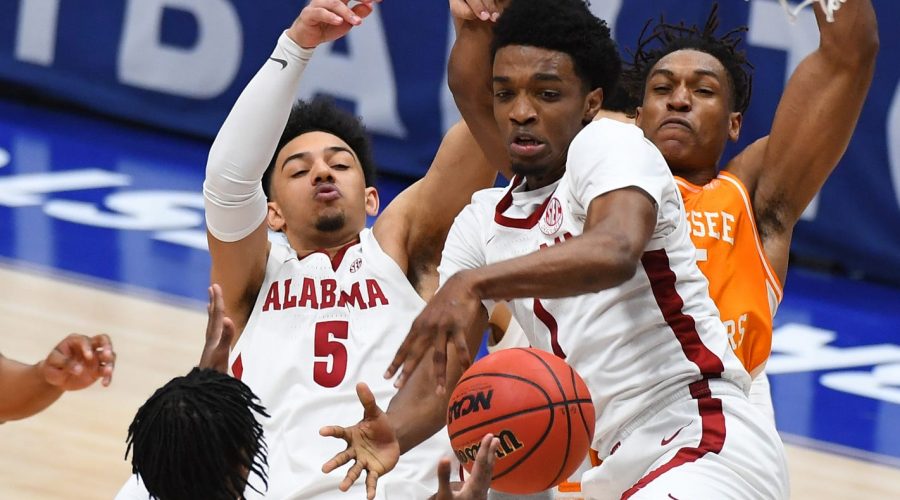 Peaking in March is what it's all about. You'll hear how the NCAA Tournament is all about matchups going into the first round. While there's truth to that, the NCAA selection committee counts wins in December the same as March when determining seeds. That means teams that got hot later in the season are playing better than their seed indicates.

Sometimes, teams just hit their groove at the right time. How do you determine whether a team on a winning streak is a viable threat to go far in the tournament?

USA TODAY Sports examined the field of 68 and pinpointed teams with the best winning streak or momentum from conference championship week, and/or the best path — matchup-wise — to stage a deep run and go farther than the seeding suggests.

BRACKET TIPS? AT YOUR SERVICE:

The Crimson Tide (24-6) were in the running for a No. 1 seed and just barely fell to the No. 2 seed. Much of that has to do with how well Alabama played in February and March, winning six in a row and nine of its last 10 en route to an SEC Tournament championship. Coach Nate Oats has his team primed for a Final Four run. Herbert Jones (11.2 ppg, 6.5 rp, 3.4 apg) is the X-Factor.

The Longhorns (19-7) won their last six games, including the Big 12 Tournament title. Evaluating their winning streak must include a difficult late January into early February, with a losing skid and COVID-19-related disruptions. Coach Shaka Smart has Texas rolling as a No. 3 seed capable of a Final Four run. Andrew Jones (14.6 ppg) is their key player.

MAKE YOUR PICKS: Create a pool, invite friends and pick some winners!

PRINTABLE BRACKETS: Get your NCAA Tournament picks off to a good start

The Cougars (24-3) have won seven in a row and nine of their last 10, claiming the American Athletic Conference Tournament title. Coach Kelvin Sampson has the second-best defense in the country statistically, limiting opponents to 57.9 points a game. The offense is potent, ranking eighth in KenPom-adjusted offensive efficiency. Quentin Grimes, a Kansas transfer, leads the Cougars in scoring with 18 points a game.

Houston Cougars guard DeJon Jarreau (3) celebrates with teammates after scoring a basket during the first half against the South Florida Bulls at Fertitta Center. (Photo: Troy Taormina, USA TODAY Sports)

The Aztecs (23-4) have won 14 consecutive games and haven't lost since mid-January, rolling through Mountain West competition to secure a No. 6 seed. SDSU coach Brian Dutcher made this program a defensive juggernaut, and this year's team ranks seventh in field-goal percentage defense (39%).

Once a bubble team, the Yellow Jackets (17-8) played themselves into the field of 68 by winning their last nine games on the way to the ACC Tournament title. They've been led by forward Moses Wright (17.4 ppg, 8.0 rpg) on the interior and the backcourt of Jose Alvarado (15.3 ppg, 4.1 apg) and Michael Devoe (15.1 ppg). In back-to-back late-season wins over Duke and Syracuse, Wright combined for 60 points.

The Ramblers (24-4) were once considered the second-best team in the Missouri Valley behind bubble team Drake. That was in early January. Then coach Porter Moser's team won 17 of its last 18, including a 27-point victory over Drake on Feb. 13 and in the MVC Tourney final. Cameron Krutwig was a freshman starter on the 2018 Loyola Final Four team, and now he's the leader. They are not as well-rounded as that '18 team offensively but superior on the defensive end. The Ramblers lead the country in KenPom defensive efficiency.

The Flames (23-5) have won 12 consecutive games to dominate the Atlantic Sun. Liberty shoots the three extremely well, ranking sixth nationally in three-point field-goal percentage and eighth in made triples per game. They're fueled by Darius McGhee (15.6 pp, 3.5 apg), a junior guard.