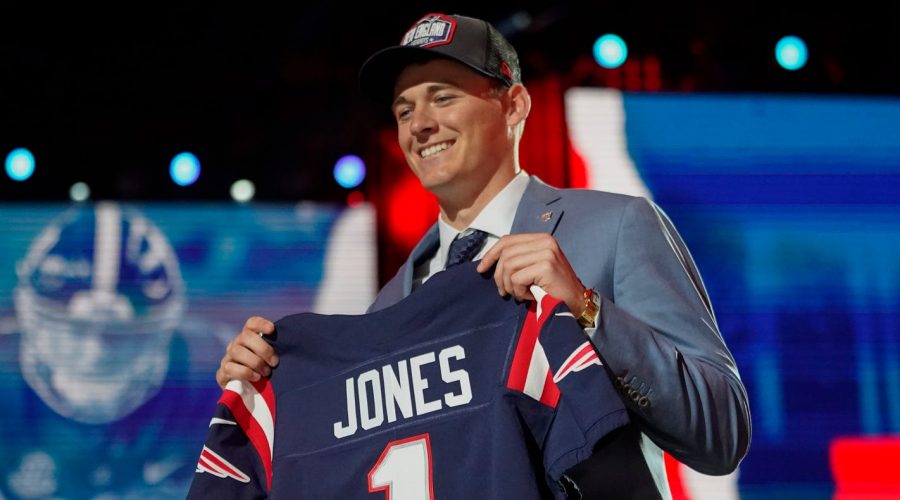 Comparisons are all the rage during NFL draft season. Mac Jones was selected by the New England Patriots with the No. 15 overall pick, becoming a first-round selection after leading Alabama to a national title.

A pocket passer, Jones already has likened himself to former Patriots quarterback Tom Brady before he was Alabama's starting quarterback.

NFL DRAFT TRACKER: Instant analysis on every pick in the first round

But his comparison wasn't generated from similar attributes such as throwing strength, accuracy, ability to move in the pocket … or history of winning titles.

It was their dad bods.

Jones posted the side-by-side photo on Twitter of him next to Brady, who was shown shirtless at the 2000 NFL draft combine, in January 2019.

And social media users were quick to reshare another photo of Jones, shirtless, with a cigar in his mouth.

On Thursday, Bill Belichick used a first-round pick on a quarterback for the first time in his career with the Patriots.

"Secretly, I wanted to go to the Patriots all along," Jones said in a news conference Thursday night. "I'm really happy that happened."

April 30, 2021 NFL Comments Off on Mac Jones is a Patriots quarterback, and he has already compared himself to Tom Brady
NFL News