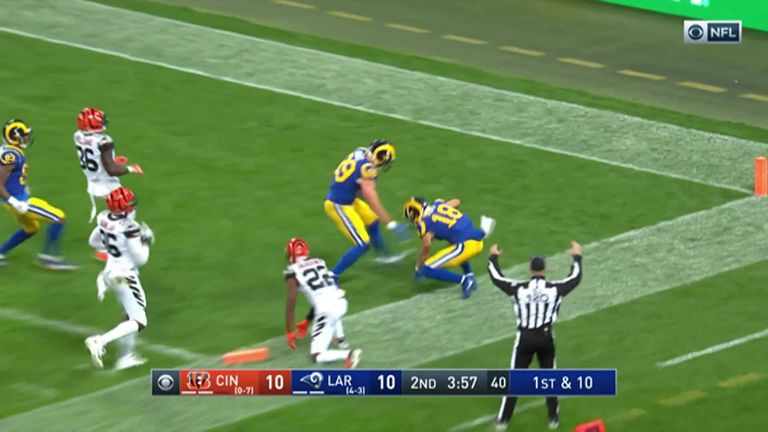 The Los Angeles Rams pulled off one of the best trick plays we have seen in London for an outrageous touchdown!

After the Cincinnati Bengals had tied the Wembley game up 10-10 just before the half, the Rams were hoping to put together a scoring drive with five minutes remaining. They did, but they got it all on one special play.

At their own 35-yard line, receiver Cooper Kupp took the ball on an end-around and tossed it to Robert Woods who was streaking the other way. Woods then flipped the ball back to quarterback Jared Goff, who found the now wide-open Kupp.