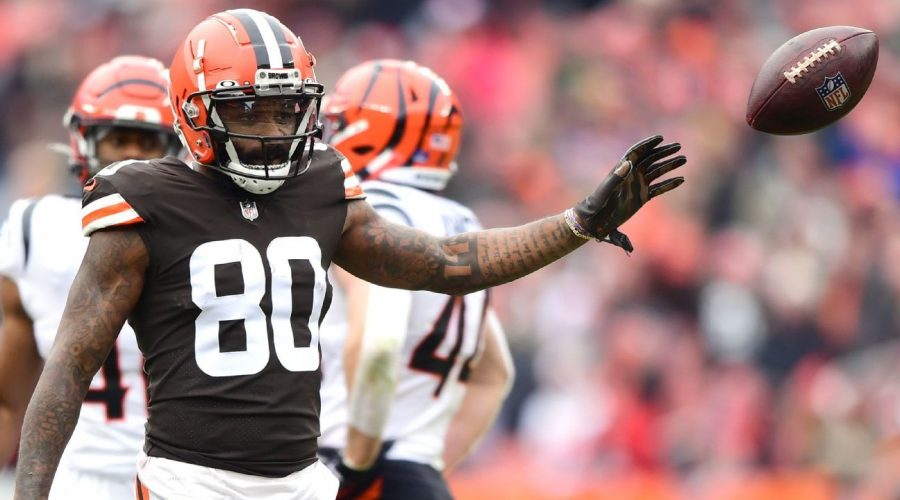 METAIRIE, La. — The New Orleans Saints are continuing to revamp their wide receiver corps, as five-time Pro Bowler Jarvis Landry is set to join the team.

Landry, a former LSU star from just outside the New Orleans area, would be the second local icon to join the Saints in the past two weeks after they signed safety Tyrann Mathieu last week. Landry appeared to confirm the homecoming by posting a social media video Friday with highlights of himself and the team.

The Saints finished last in the NFL in passing yards in 2021 because of a barrage of injuries. Wide receiver Michael Thomas missed the entire season with an ankle injury, while quarterback Jameis Winston missed the final 10 games with a torn ACL.

But Thomas is expected to return, and the Saints made a pair of trades to move up and select Ohio State wide receiver Chris Olave with the 11th pick of the NFL draft.

Landry, 29, has 688 receptions for 7,598 yards and 37 touchdowns in eight seasons with the Miami Dolphins and Cleveland Browns. The 5-foot-11, 196-pounder should continue to line up primarily in the slot for the Saints as he has through most of his career.

Adding Landry would give the Saints their two biggest signings in May after showing some rare spending restraint in the first two months of free agency. They began the year about $75 million over the salary cap and lost left tackle Terron Armstead and safety Marcus Williams to other teams and safety Malcolm Jenkins to retirement. They signed former New York Jets safety Marcus Maye among other minor additions.

The Browns released Landry on March 14 after the sides couldn’t agree to a restructured contract. The Browns had granted Landry permission to try to seek a trade after Cleveland dealt for Dallas Cowboys Pro Bowl wide receiver Amari Cooper.

Landry, 29, struggled last season with a knee sprain that he suffered in Week 2, an injury that kept him out five weeks. He finished with 52 receptions for 570 yards and four total touchdowns — all career lows.

May 13, 2022 NFL Comments Off on Landry set to come ‘home’ with Saints signing
NFL News