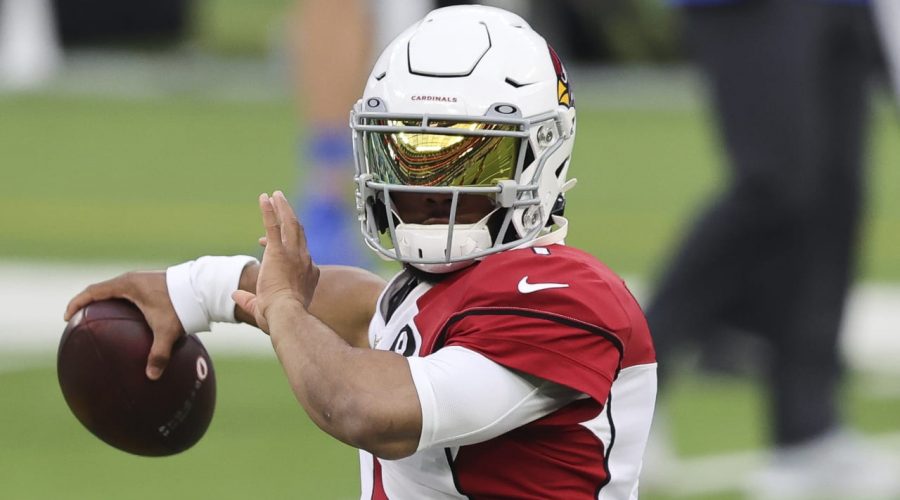 Kyler Murray sits as the foundational cornerstone of the Arizona Cardinals franchise. As such, the quarterback’s opinion matters on a vast array of topics, including the draft.

Joining NFL Network’s Good Morning Football on Tuesday, Murray was asked whether he has any input on selections and whether GM Steve Keim considers the QB’s opinion when making choices.

“I do believe I think I have an influence in it,” Murray responded. “I don’t know why I wouldn’t. If you’ve got a guy at quarterback, you trust him and you want him to be the face of the franchise for a lot of years, I think he should have an influence. Everything is technically built around the quarterback. I think I have that relationship with Steve and Kliff (Kingsbury). I’m excited to see what we do on Thursday.”

Murray noted he’s just as likely to voice his opinion about drafting a defensive player as he is a wide receiver. Arizona selects at No. 16 in the draft. With needs at corner and along the defensive line, the Cards have been projected to upgrade their defense on Thursday night.

The third-year quarterback’s response is interesting juxtaposed to division-mate Russell Wilson﻿, whose offseason included a wide-ranging spat over how much influence the signal-caller should have within the franchise.

Murray is coming off a season with highs and lows. He was in the MVP discussion early in the year. Injuries knocked him off course late as Arizona stumbled to the finish. Heading towards the 2021 season, the Cardinals brought in a plethora of veteran players, including ﻿J.J. Watt﻿ and ﻿A.J. Green﻿, among others, in an effort to go all in. Murray’s improvement in Year 3 is key to that plan.

Keim valuing Murray’s opinion on certain players and topics is a healthy way for a franchise to operate. That doesn’t mean the GM is allowing Murray to guide the operation. Rather, it underscores that the voice and opinion of the club’s most important player is respected and should be heard, even if management goes in a different direction sometimes.

Want to create your own mock for the 2021 NFL Draft? Check outPFF’s draft simulatorto play out countless scenarios for every team spanning all seven rounds.

April 27, 2021 NFL Comments Off on Kyler Murray on whether he has any influence on Cardinals draft: 'I don't know why I wouldn't'
NFL News