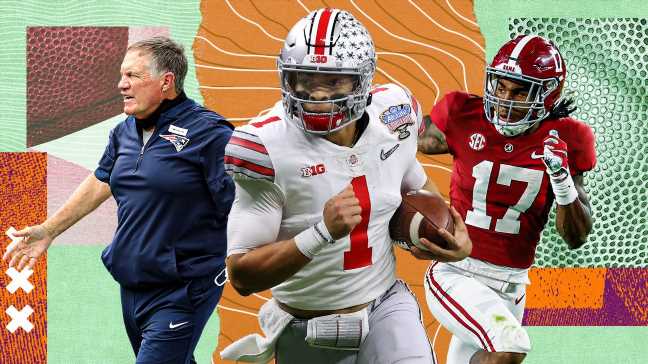 Mel Kiper has served as an NFL draft analyst for ESPN since 1984. He is a regular contributor on SportsCenter and ESPN Radio and writes weekly for ESPN Insider.

One more mock draft, with the first round of the 2021 NFL draft beginning later tonight. This is one of the most mysterious drafts I’ve covered in my 43 years of doing this. The disrupted and delayed college football season, the prospects who opted out, no combine, scarce medical reports — it all makes for what could be a wild Round 1 and trade-happy Days 2 and 3.

I’m ready, though. My updated Big Board — top 150 prospects overall — and position rankings went up on Wednesday. I’ve graded nearly 500 prospects for this class. Live coverage of Round 1 starts at 7 p.m. ET Thursday on ABC, ESPN and the ESPN App, and I’ll be on for all seven rounds through Saturday night. And, of course, you’ll be able to find my draft grades once it’s all over.

Let’s get into my final 2021 mock draft, projecting all 32 first-round picks based on what I’m hearing and where I think prospects could come off the board. There could be a few sleeper Round 1 picks. I projected three trades, as deals will almost certainly shake up the order. But this is how I see Round 1 as of now:

April 29, 2021 NFL Comments Off on Kiper’s final NFL mock draft: A trade for the Patriots, and a new landing spot for Justin Fields
NFL News