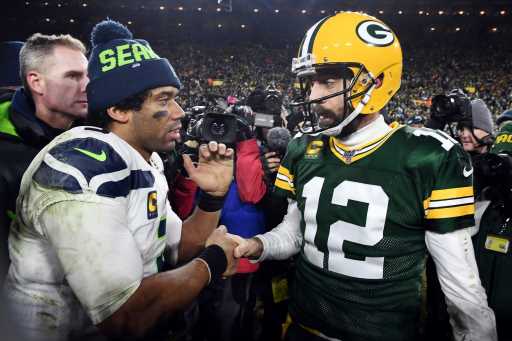 I will give you three reasons why the Broncos could be appealing to quarterback Aaron Rodgers: No. 1: Peyton Manning, John Elway and Tesla mogul Elon Musk team up to buy the Broncos  No. 2: Vic Fangio and his stooges are fired after the season. No. 3: Denver hires back Mike Shanahan as head coach.

Kiz: In today’s NFL, it don’t mean a thing if you ain’t got a quarterback that can sling touchdown passes, as Broncos general manager George Paton knows full well. My guess? He was hoping to retain coach Vic Fangio and concentrate on acquiring a quarterback rather than also having to find a new coach. But the best-laid plans will make the football gods laugh. You want Rodgers? I would prefer Russell Wilson. On this can we all agree? The next QB will be more crucial than the next coach in returning the Broncos to glory.

Rodgers ain’t going nowhere. He loves the drama, but his best opportunity to win is right where he’s at now, in Green Bay.

Kiz: Nobody leaves the party when they’re having fun. In the NFL, nothing’s a bigger hoot than winning a championship. So Broncos Country might be advised to root against the Packers in the playoffs. Should Rodgers win the Super Bowl, he’s more likely to sign a contract extension with Green Bay or retire than demand a trade. That’s my theory. I’m sticking to it.

How about tennis star Novak Djokovic and Rodgers teaming up as (I’m-so-special) doubles partners?

What would it cost us to get Cowboys defensive coordinator Dan Quinn as Denver’s head coach and bring Kellen Moore with him from Dallas as offensive coordinator? That might maintain our good defense, but also help our not-present offense.

Kiz: The staff here at Kickin’ It Headquarters has nothing against Quinn. But Elway hired Vance Joseph and Fangio so he could tell them how to run the offense. We’d like to see the next coach of the Broncos have his own ideas on how to score touchdowns.

Teddy Bridgewater? I love the guy. He’s not a flashy quarterback, but he’s able to do a decent job when given the right scheme and talent. But I also believe he should never step on a football field again. His health should dictate this decision. I felt so bad for him during the game against Cincinnati, when I saw his body on the ground. Concussions get more severe and easier to acquire after multiple incidents.

Kiz: I know you can’t put a price on long-term health. But if you could make $5 million, $10 million or more playing football for another year, would you quit the game?

And today’s parting shot is the bottom-line reason why Paton needs to part ways with Fangio, no matter how much he might like Uncle Vic.

I can’t do it anymore. I can’t watch this team anymore until Fangio is gone.

January 8, 2022 NFL Comments Off on Kickin’ It with Kiz: Should Broncos’ top quarterback target be Aaron Rodgers or Russell Wilson?
NFL News