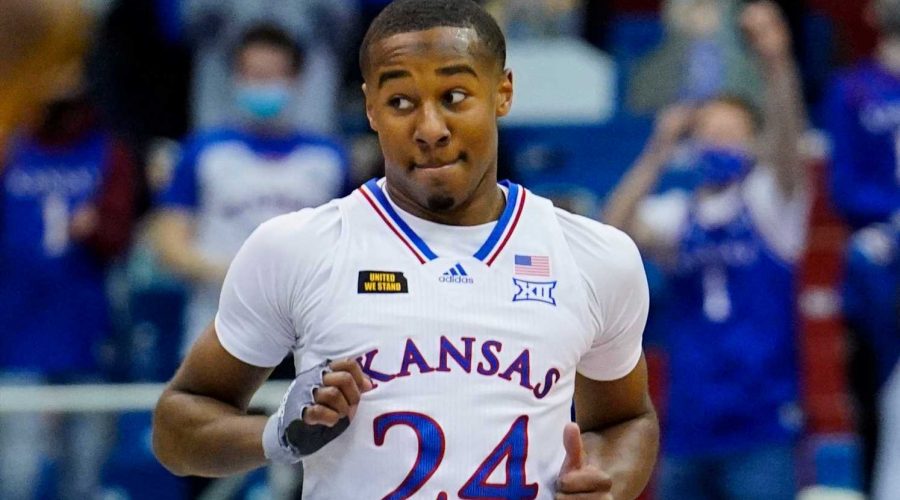 An expected key contributor for the Kansas men's basketball team next season won't be returning to the program.

Bryce Thompson, a 6-foot-5, 195-pound guard who just completed his freshman campaign with the Jayhawks, has entered the transfer portal. Thompson, a five-star recruit that chose Kansas ahead of Oklahoma announced his decision Tuesday on social media. Thompson averaged 4.6 points, 1.5 rebounds and 1.1 assists in 17.1 minutes per game during a season that was hampered by two significant injuries.

"While it was a difficult year for many reasons, I am thankful to have had the opportunity to play at the University of Kansas," Thompson wrote. "Thanks to Coach (Bill) Self and his staff, the doctors, trainers, my teammates and the fans for your support all season long."

MOVING ON: Arizona parts ways with Sean Miller after 12 seasons as coach

Thompson never quite got into enough of a groove at Kansas to showcase the skill set that made him the nation’s No. 21-ranked recruit in the Class of 2020 according to 247Sports’ composite.

After carving out a reputation as a dynamic offensive player at the high school level, Thompson shot just 35.3% overall, 22.2% from three-point range and 64.7% from the free-throw line. Thompson, whose father Rod played for Self at Tulsa in the late-1990s, reached double-figure scoring twice in the team's first four games but achieved that mark just one other time the rest of the way.

The guard cracked a vertebrae in his lower back in the team's first practice back from winter break, an injury that sidelined Thompson for the team’s next three contests. Then, late in his return to action on Jan. 12 at Oklahoma State, Thompson broke his right index finger vying for a loose ball. Thompson missed a month of action before finally returning in a Feb. 11 home contest against Iowa State.

Thompson played 16 minutes per game across his final five contests with Kansas, averaging just two points on 19% shooting and totaling only five rebounds and four assists during that stretch. That run ended with a scoreless effort on 0-for-5 shooting with one assist and no rebounds in 15 minutes as the Jayhawks lost to Southern California 85-51 in the NCAA Tournament.