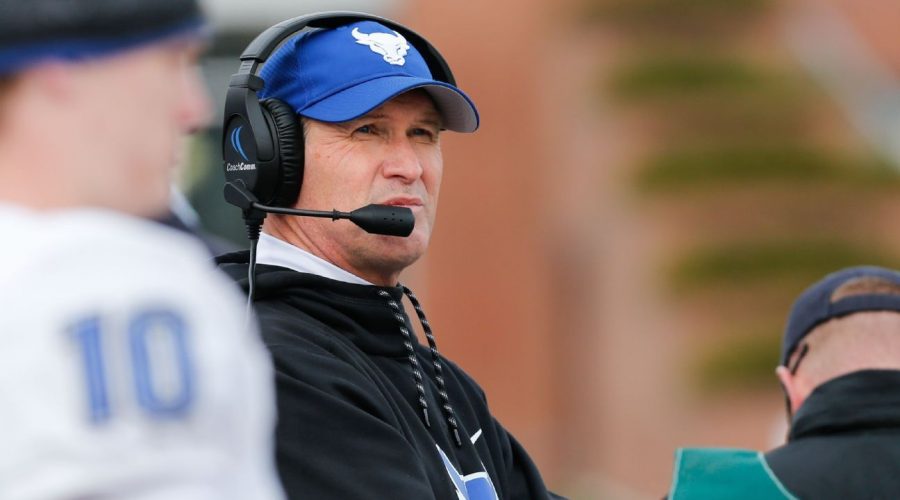 The Jayhawks and Leipold agreed to a six-year contract, according to the school.

“It is an exciting and humbling opportunity, and this is a day I will never forget,” Leipold said in a statement. “We are going to build this program through developing players, discipline and determination. The philosophies engrained in our programs along the way will be key as we turn this around. This is a program that has a lot of young talent on the roster and has the infrastructure in place to succeed. The best days for this program are ahead, and my family and I are ecstatic to be a part of it. I am ready to get to work and give everything I have to the Jayhawks.”

Leipold was a two-time Mid-American Conference Coach of the Year who has spent the past six seasons with the Bulls. He was 37-33 at Buffalo with two division championships and three consecutive bowl appearances, going 24-10 since 2018.

Leipold, 56, went 109-6 with six Division III national championships in eight seasons at Wisconsin-Whitewater, where he played quarterback from 1983 to 1986. A six-time AFCA Division III National Coach of the Year, Leipold returns to a Power 5 program for the first time since a three-year stint as a Nebraska assistant from 2001 to 2003.

The Wisconsin native will replace Les Miles, who was dismissed last month after an LSU investigation revealed allegations of inappropriate behavior toward female students during his tenure as Tigers coach. Kansas also dismissed athletic director Jeff Long, who hired Miles, and replaced him with Northwestern deputy athletic director Travis Goff.

“He is a man of integrity, a developer of young men, a program builder and a winner,” Goff said of Leipold in a statement. “His track record of sustained excellence is exactly what we were looking for in our next leader, and is what the University of Kansas and our fans deserve.”

Leipold takes over a Jayhawks program that hasn’t had a winning season since 2008. He will be the team’s sixth head coach in that span.