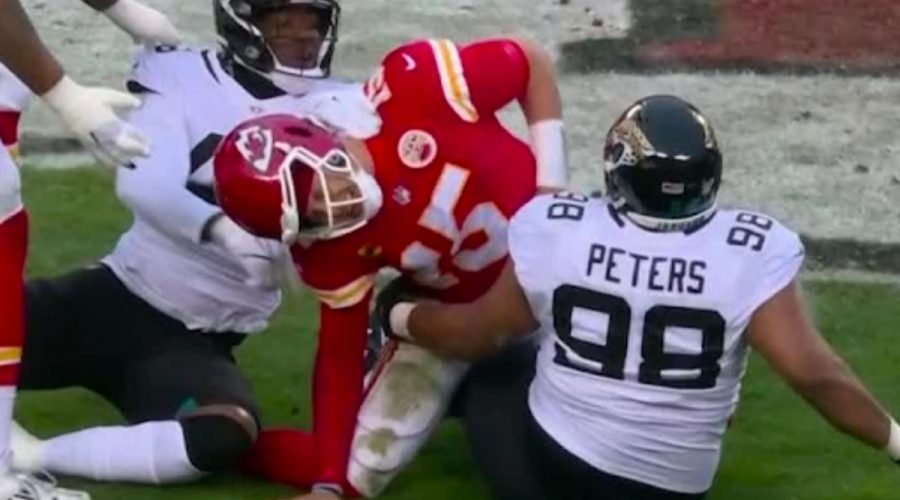 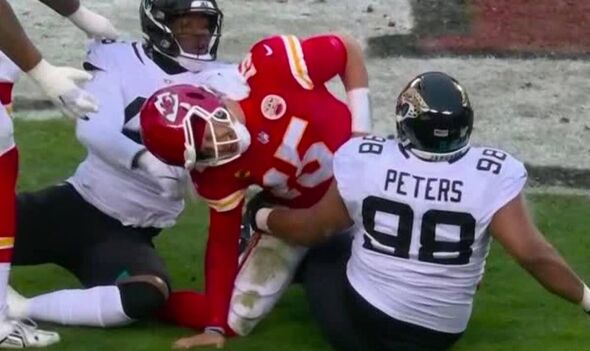 Kansas City Chiefs superstar Patrick Mahomes was injured in the first quarter of their playoff game against the Jacksonville Jaguars as he looked to play through pain. The quarterback fell awkwardly with a Jaguars defensive lineman falling on his ankle, as he got up gimpishly as he held his knee. The 27-year-old came off the field as he limped to the sideline but came on for the next play, but was barely able to hand the ball off to his running back, with question on whether he’ll be able to remain in the game.

Mahomes continued the drive after the injury and was able to guide the offense to a field goal to put the team up by three points. It came after an incredibly impressive opening drive, where Mahomes showed off all of his abilities using his arm and legs, with Travis Kelce scoring the touchdown.

By the Jagaurs answered back with a touchdown themselves as a beautiful play-design on a pass to receiver Christian Kirk after a well executed drive by quarterback and former first overall draft pick Trevor Lawrence.

Mahomes has now been taken to the locker room for further evaluation as he was seen running down to the changing room, still clearly in pain after the incident with the Jaguars defense.

Former Jacksonville Jaguar and veteran back-up Chad Henne entered the game for the Chiefs in the second quarter with head coach Andy Reid showing trust in the 37-year-old by throwing on three straight plays.

Henne played in a 2020 playoff game in relief of Mahomes after the quarterback suffered a concussion, with Henne leading the Chiefs to a win over the Cleveland Browns.

The extent of Mahomes’ injury is not yet known, however, well-respected doctor David Chao has stated that he believes the quarterback has suffered a high ankle sprain.

The Chiefs came into the game as Super Bowl favourties, having won the number one seed and had a bye for last week’s playoffs.

But the potential loss of Mahomes would make them significant underdogs if they are to defeat the Jaguars, as they’d face the Buffalo Bills or Cincinnati Bengals next week.