Josh Lambo faced Eden Hazard and Kevin De Bruyne at youth level… now, he will grace the Wembley turf as an NFL star for the Jacksonville Jaguars

There will be few players more comfortable on the Wembley turf on Sunday afternoon than Josh Lambo.

The Jacksonville Jaguars kicker might be playing at the top level of the NFL but it could all have been very different. Lambo was once a highly-rated young goalkeeper, and could have even plied his trade on these shores.

The then-16-year-old flew down to join Everton when they were on a pre-season tour of the United States in 2006. He shared an agent with Tim Howard, first-choice for the Toffees, and an opportunity came up. It seemed as though Lambo had taken it. 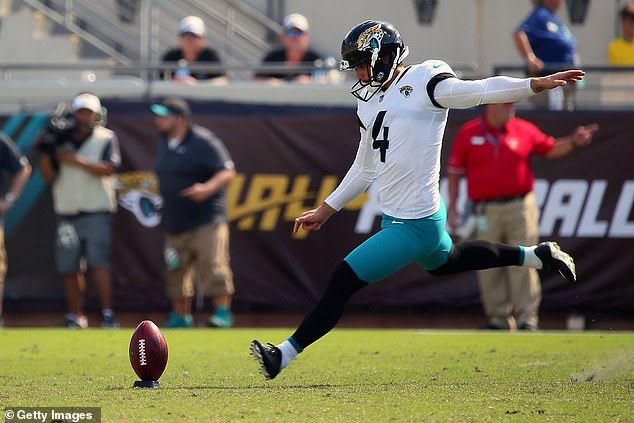 ‘I flew down to Texas to train, then the following November I went over to Liverpool,’ he told FourFourTwo in January 2016.

‘But I didn’t have my European paperwork. I was working to get dual citizenship from Greece, but it took a while. When I got it, I went back the next year but they had changed their mind on me.

Everton’s initial interest was understandable. Lambo was regularly capped at youth level by the United States.

While he dropped out of the game, some of his opponents have gone on to sterling careers with the round ball. 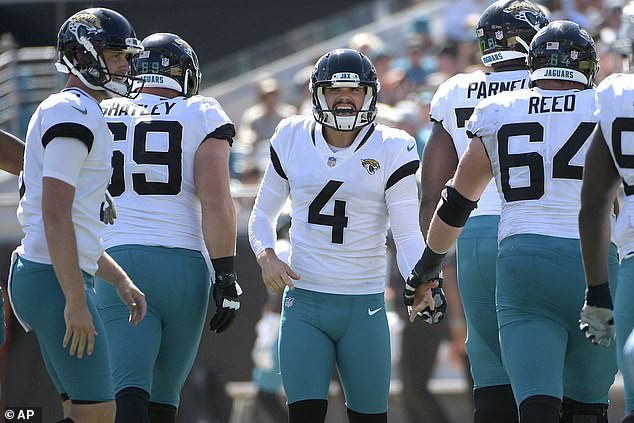 The 27-year-old played in goal for the US at the 2007 Under-17 World Cup, where he faced and managed to keep a clean sheet against Belgium — who had Eden Hazard and Kevin De Bruyne in their side.

‘Going back and looking at it, it really fills me with pride that I could represent my country with my family’s last name on my back,’ he told the Express this summer.

‘But to see where those guys went with their career, and that I played against them and did quite well, it’s fun memories.’

Lambo kept Hazard and Benteke at bay but idolises another Belgian star. He is an avowed fan of Manchester City and spent time at the Jaguars’ practice at Allianz Park on Friday afternoon waxing lyrical about Kevin De Bruyne.

He told Sportsmail: ‘He’s a general out there, he simply doesn’t try to do too much but what he does he does super well. His style of play is so simple but it’s beautiful, he’s a talented, talented player’.

Not that he thinks his presence on Sunday will help City when they take on Tottenham on Monday evening. With just 26 hours between the two games, he’s sure City will struggle to play their usual style on what is likely to be a damaged pitch. 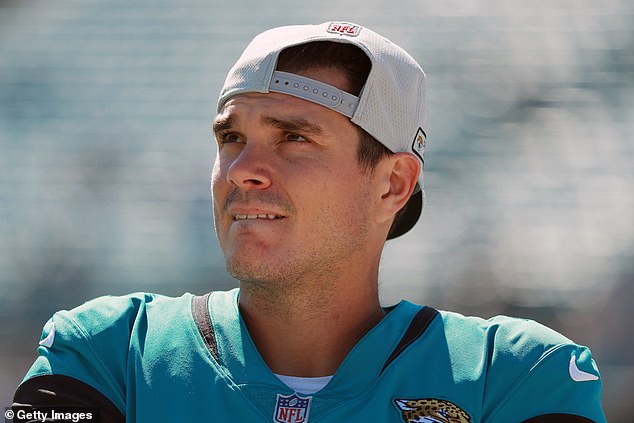 Lambo kept up his football and was eventually snapped up by Dallas. He mainly featured for their reserves. Sheffield United gave him another chance but a trial came without the offer of a contract.

Eventually he returned to college and tried out for the football team. ’I learned from a friend of my brother, Taylor Mehlhaff, who played in the NFL for a season. He taught me how to convert my soccer swing into a football swing.

‘The biggest difference is obviously the shape of the ball. An American football’s sweet spot is about two inches higher… that’s a big difference. But I got to be pretty good at it pretty quickly.

He had NFL trials, was signed by the San Diego Chargers and then moved onto Jacksonville, where he started to establish himself last season.

His second career in football has worked out, not that he’d turn down a call up from the United States if they offered him another one.

October 28, 2018 NFL Comments Off on Josh Lambo: From Everton trialist to an NFL star
NFL News