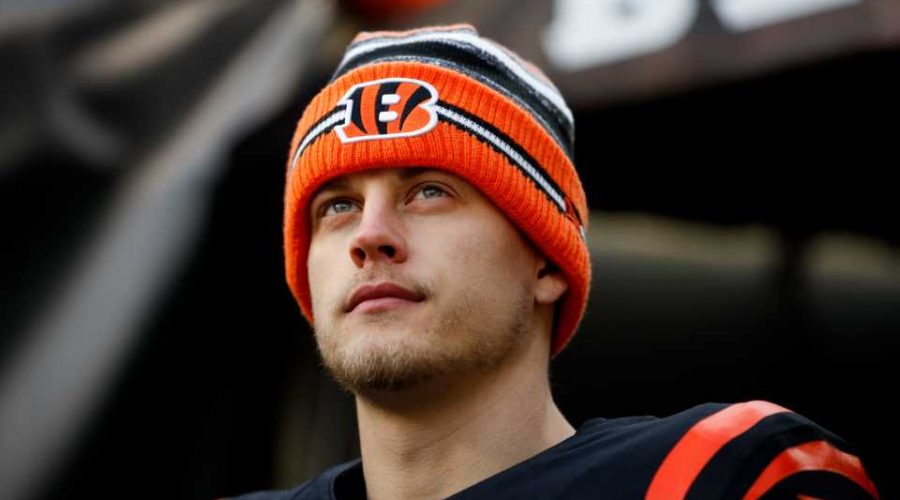 From “Joey B” to “Joe Shiesty,” Joe Burrow is making a name for himself.

The Bengals quarterback has bounced back from a knee injury in a big way, helping lead Cincinnati to their first playoff win in three decades in the wild-card round over the Raiders.

Burrow has been a big part of that: In just his second season, Burrow threw for 4,711 yards, 34 touchdowns and 14 interceptions across 17 games. His success, of course, has led to a ton of monikers pinned onto Burrow.

Burrow isn’t short on talent — and neither is he short on nicknames. Though he’s only been in the football spotlight for the better part of three years, fans and teammates have given him all sorts of nicknames that properly convey the QB’s attitude.

Here’s what they are:

The name was given to him by TikTok-er Traphouse Sports: In one of his viral TikToks, the person behind the count anointed him “Joe Shiesty,” and later, “Joe Brrr,” with rolling Rs.

While there’s no real origin story for it, the nickname is likely a play on rapper Pooh Shiesty, while the “Brrr” comes from the rapper’s use of the ad-lib in his music.

The ever reputable Urban Dictionary defines “shiesty” as the following:

Shiesty usually refers to an action that is greedy and/or inconsiderate. When someone is shiesty it means they don’t think about others and do things that help them even if they know it harms someone else in anyway.

That fits pretty well, when you put into context just how inconsiderate Burrow is to opposing defenses.

The nicknames caught on late in the season: The Bengals official TikTok account even used the Shiesty and Brrrr nicknames in a few videos and captions: